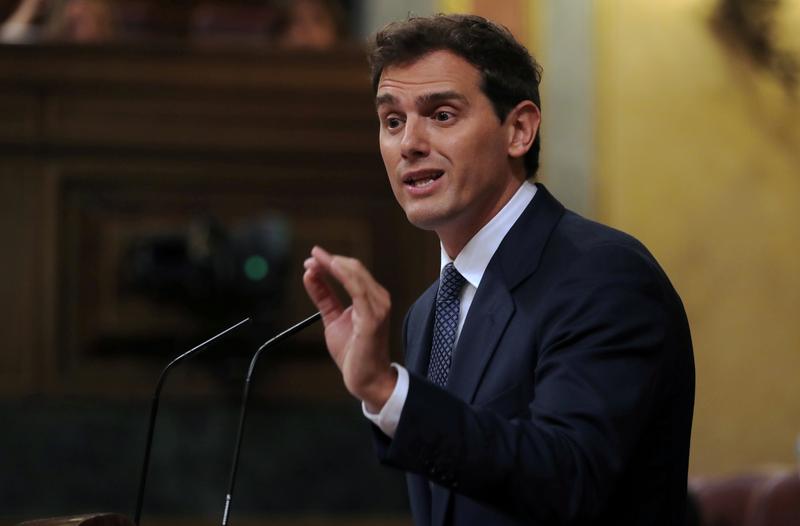 MADRID (Reuters) – The leader of Spain’s center right Ciudadanos said on Saturday the party was open to working with the Socialists after November parliamentary elections, potentially breaking the political deadlock that has led to the country’s fourth vote in as many years.

Several polls show the upcoming election returning a similar stalemate with neither the right nor the left bloc securing a majority.

“We need to meet to put what unites us above what divides us,” Ciudadanos leader Albert Rivera told a crowd at a party event in Madrid.

Last month, acting prime minister Pedro Sanchez, the leader of the Socialists – the biggest party in Parliament – called elections for November 10 after opposition parties refused to back his candidacy.

Rivera proposed breaking the deadlock with a “broad national pact” with the Socialists and the right-wing People’s Party on issues including health, education and tackling the Catalan secession crisis.

After winning elections but falling short of a majority earlier this year, Sanchez failed to win support to be confirmed last month after power sharing talks with leftist Podemos collapsed and Ciudadanos and the right-wing People’s Party (PP) refused to back him.