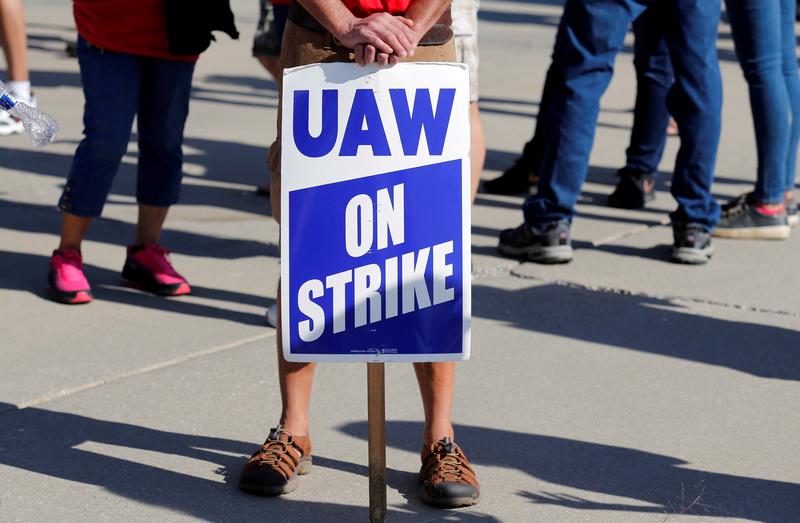 DETROIT (Reuters) – As the U.S. strike by the United Auto Workers union against General Motors Co (GM.N) nears three weeks, the main remaining issues in the negotiations have narrowed to wages and pensions, a person familiar with the talks said on Saturday.

The GM strike began on Sept. 16 with the 48,000 UAW members seeking higher pay, greater job security, a bigger share of the leading U.S. automaker’s profit and protection of healthcare benefits. The sides have been meeting daily and talks continued on Saturday, and representatives for both sides declined to discuss details.

One of the major remaining issues includes the UAW’s desire to reduce the time it takes newer hires to earn the top wage scale of about $31 an hour from the current eight-year period, said the source, who asked not to be identified because the talks are ongoing.

Another issue is a desire by the union for a higher pension payout, meaning an enhanced formula for those members hired before 2007 who would be covered by a pension, and a higher contribution to the 401(k) plans of members hired after 2007, the source said.

The UAW said late Friday it had made “good progress” in the negotiations on such issues as health care and the status of temporary workers.

The focus on fewer issues indicates the talks could be nearing a resolution as the dispute is taking a toll on both the automaker and striking UAW workers, whose individual compensation of $250 a week from the union strike fund is a fraction of their normal pay.

Analysts estimate the strike has cost GM over $1 billion, while LMC Automotive estimated on Thursday GM has lost production of 118,000 vehicles through Oct. 2.