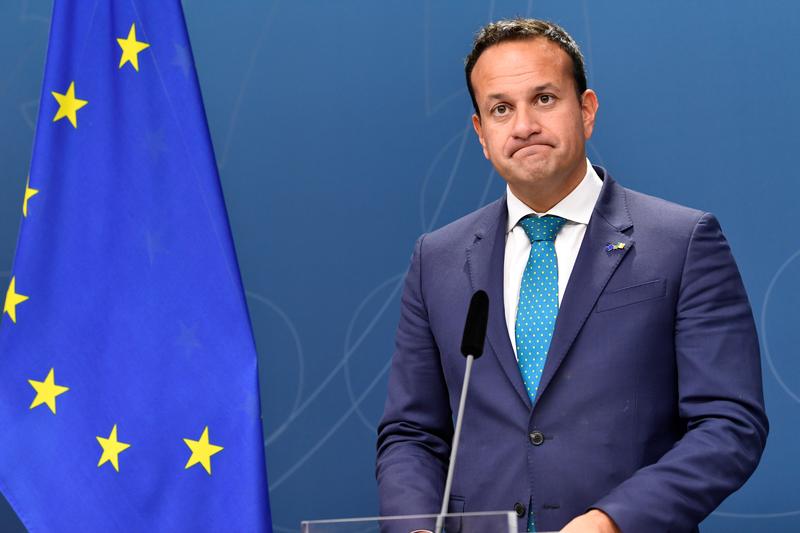 DUBLIN (Reuters) – Irish Prime Minister Leo Varadkar is seeking a meeting with his British counterpart Boris Johnson next week, stressing on Saturday that time was tight for London to go further with the fresh Brexit proposals it presented this week.

With less than a month until its scheduled exit, Johnson is seeking significant changes to how the most contentious issue – the border between British-ruled Northern Ireland and EU member Ireland – was dealt with in the divorce deal agreed by his predecessor, Theresa May, almost a year ago.

However the European Union and Ireland said on Thursday that the proposals were unlikely to yield a deal, with Dublin bluntly warning Britain was heading towards a no-deal exit unless it made more concessions.

“We are in the process of trying to arrange a meeting with Prime Minister Johnson next week,” Varadkar told reporters.

“Time is tight. We have a European Summit on October 17 and 18 and it’s not reasonable to expect 27 or 28 heads of government to decide and sign off on something they only see the night before or two days before.”

The prime minister of Finland, which holds the rotating EU presidency, said he told Johnson in a telephone call on Saturday that it was important to find a solution within a week, in time for the summit.

“Johnson stated that he agreed with the timetable and understood that the conditions I presented regarding upholding the Good Friday (Northern Irish peace) Agreement, maintaining the unity of the EU and ensuring a functional internal market are a prerequisite for a solution,” Prime Minister Antti Rinne said in a statement.

A spokeswoman for Johnson declined to comment on discussions with other EU leaders.