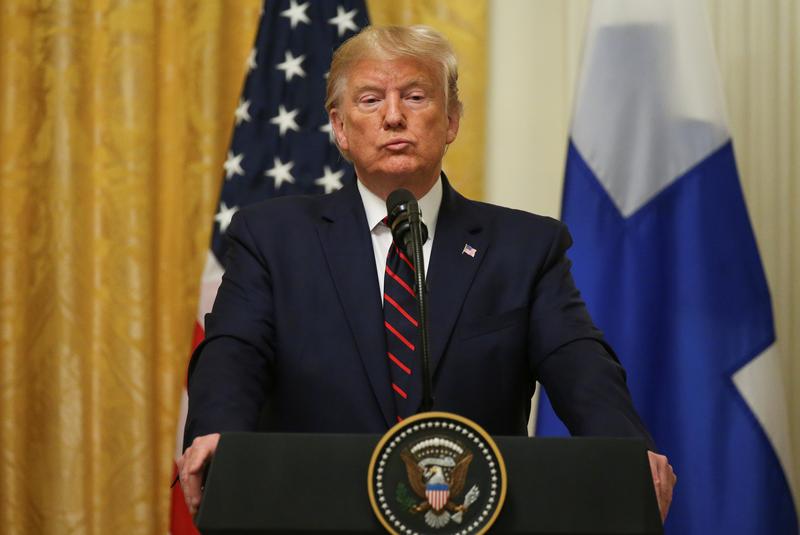 WASHINGTON (Reuters) – President Donald Trump’s bitter fight against an impeachment inquiry has not slowed down the Democrats’ push to investigate whether he sought personal political gain by urging Ukraine to probe Democratic opponent Joe Biden.

But in a new tactic, the White House plans to argue that U.S. House of Representatives Speaker Nancy Pelosi must have the full House vote to formally approve an impeachment inquiry, a source familiar with the effort said.

Without a vote, White House lawyers believe Trump can ignore lawmakers’ requests, the source said, meaning the federal courts would presumably have to render a decision and potentially slow the march toward impeachment.

A White House letter arguing Pelosi must hold a House vote could be sent to Capitol Hill as early as Friday, the source said. It comes as the Democratic-led House Intelligence Committee plans to issue more subpoenas in the coming days as it pushes ahead with the investigation.

Trump’s gambit is emerging at the end of a storm-tossed week for him as the president lashed out at Democrats, reporters and anyone else standing in his way to air complaints that he was being unfairly accused and had done nothing wrong.

Democrats want to prove Trump sought personal political gain by appealing to Ukrainian President Volodymyr Zelenskiy in a July 25 phone call to investigate Biden and his son Hunter, who earned money from a Ukrainian gas company.

Joe Biden, the former vice president, leads in most opinion polls among the 19 Democrats seeking their party’s nomination to take on Trump in the November 2020 election.

Trump sees the impeachment probe as a harassing follow-up to the Russia investigation that failed to knock him out of office over accusations that he colluded with Russia in the 2016 presidential campaign.

In a new wrinkle, Trump said on Thursday that “China should start an investigation into the Bidens” over Hunter Biden’s business ties to China, again inviting foreign interference in a U.S. presidential election.

The Chinese Embassy in Washington did not immediately respond to a request for comment. China experts said Beijing was unlikely to act on Trump’s invitation.

Administration officials did not know Trump was going to raise the issue of China but said he had talked about it previously and they were not surprised by it, two sources familiar with the situation said.

Trump’s appeal to China was particularly striking given that Washington and Beijing are locked in a bitter trade war that has damaged global economic growth. They are due to hold another round of talks in the United States next week.

A whistleblower’s report about Trump’s conversation with Zelenskiy lies at the heart of the Democratic complaint.

Michael Atkinson, who is the inspector general of the intelligence community, had reviewed the complaint and determined it raised issues of “urgent concern.”

Members of the House Intelligence Committee will return to Washington from their home districts on Friday for a closed hearing with testimony from Atkinson.

The hearing is expected to focus on his investigation of the whistleblower complaint against Trump.

U.S. Representative Adam Schiff, the committee’s Democratic chairman, confirmed that Atkinson would appear on Friday, but the committee has been extremely tight-lipped about his testimony, refusing to disclose even the time of his appearance behind closed doors.

Atkinson will be the second high-profile figure in the Ukraine controversy to appear in a secure House interview room in two days, following a lengthy interview on Thursday with Kurt Volker, who resigned a week ago as Trump’s special representative for Ukraine negotiations.