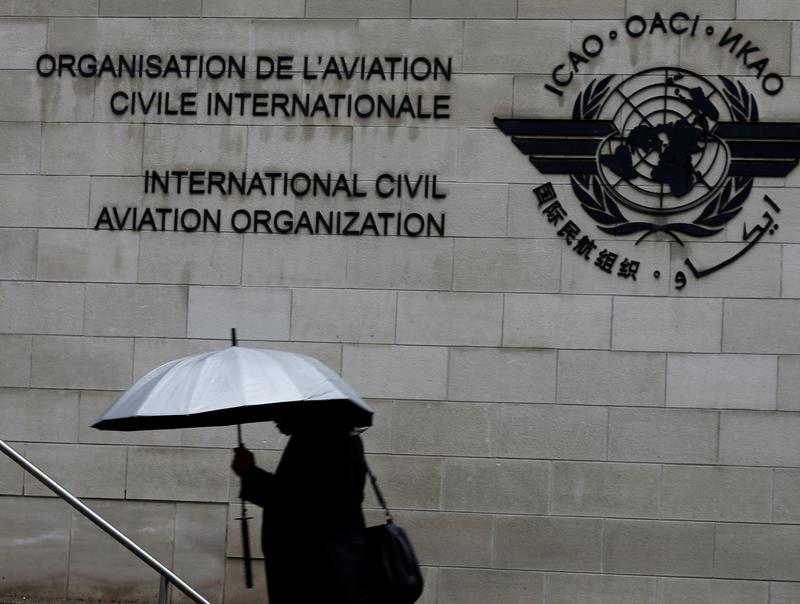 MONTREAL (Reuters) – A U.N. agency agreed on Friday to prioritize studying options for a long-term goal to reduce aviation emissions aimed at combating climate change, but made no firm commitments and faced pushback from China and India.

The International Civil Aviation Organization (ICAO), which ended its 11-day assembly on Friday, said it would weigh long-term options for reducing emissions from international flights that would be presented at its next assembly in 2022.

Transport and Environment, a non-government organization that bills itself as Europe’s leading clean transport advocacy group, said in a statement that the assembly “failed to take any significant steps to rein in the sector’s emissions.”

But the Air Transport Action Group, which represents airlines and other industry, said it was “encouraged that there was clear support from governments meeting at ICAO to develop a UN-backed goal.”

Montreal-based ICAO, which holds an assembly every three years, had set a major climate initiative at its last full gathering in 2016, and aviation leaders were under pressure to do more after overall carbon emissions hit record highs last year.

This year’s gathering, which began on Sept. 24, took place under the shadow of climate protests led by teenaged Swedish activist Greta Thunberg, who drew hundreds of thousands to the streets in Montreal on Sept 27.

Commercial flying accounts for about 2.5% of global carbon emissions, but its share of emissions is expected to rise as air travel becomes accessible to more travelers.

Under CORSIA, which is due take effect in 2021 on a voluntary basis, airlines would purchase carbon credits from designated environmental projects around the world if their emissions exceed agreed targets.

But representatives from China and India, along with Russia, argued that the CORSIA plan and the agency’s separate efforts to come up with a long-term target would create an unfair burden on emerging and developing countries.

China – once an important early supporter of the 2016 U.N. plan – joined Russia ahead of the assembly in arguing CORSIA unfairly penalizes developing countries because it raises costs.

Airlines have urged ICAO to commit now to setting longer-term goals to reduce emissions at its 2022 assembly.

Annie Petsonk, international counsel for the Environmental Defense Fund (EDF), said “civil society will be watching to see that all airlines implement CORSIA with integrity.”

The United States supports CORSIA even though U.S. President Donald Trump intends to pull the country out of a separate international agreement, the Paris climate protection deal that aims to reduce carbon emissions. Under the terms of the pact, that cannot formally happen before Nov. 4, 2020.