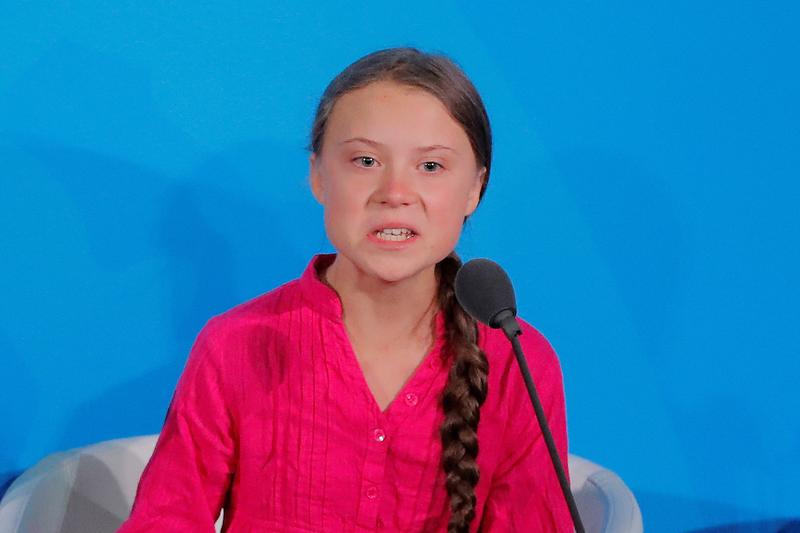 Demonstrators, including many young activists, held signs that read “If you breathe the air you should care” and “Science not silence” as they waited for the young Swede to take the stage on the campus of the University of Iowa.

“I am more than excited,” said Iowa City resident Philinise Hamlin, 41. “Change doesn’t start until we put our foot forward and try to make it happen.”

Thunberg’s campaign demanding that world leaders tackle climate change began as a lonely vigil outside the Swedish parliament, but saw her rise to address the United Nations on the issue last month, and took her to Iowa City on Friday.

The 16-year-old stopped in the Midwestern city, located in the state that will hold the first of next year’s U.S. presidential nominating contests, as part of her tour of North America ahead of a U.N.-sponsored climate conference in Santiago, Chile, in December.

“She is the face of climate change,” said Lena Kosinski, a 21-year-old student at the University of Iowa. “It’s nice to have not only a young person, but a female leading the change.”

In recent weeks, millions of people have poured onto streets around the globe in protests inspired by Thunberg to demand governments take urgent action on climate change.

Students in Iowa City said Thunberg’s visit was a testament to their efforts to demand change from local leaders.

“We are honored. We are inspired. We are emboldened. And we say, no more excuses,” Student Climate Strike Iowa City, which organized the visit, said on Twitter ahead of the event.

Climate activists in Iowa say they have called for local institutions to employ 100% renewable energy by the year 2030 and to cease operations at the University of Iowa’s coal-burning plant, among other actions.

A polarizing figure in the climate change debate, Thunberg is venerated by many of her peers and ridiculed by some critics. She is the odds on favorite to win the Nobel Peace Prize this month, though her aggressive style may turn off some on the Nobel committee.

Thunberg denounced world leaders for failing to tackle climate change and accused them of “stealing her dreams” in an impassioned speech at the United Nations Climate Action Summit last month.

With events such as extreme weather, thawing permafrost and sea-level rise unfolding much faster than expected, scientists say the urgency of the climate crisis has intensified since the signing of the Paris accord in 2015.

U.S. President Donald Trump intends to pull the United States out of the international deal that aims to reduce carbon emissions. Under terms of the pact, that cannot formally happen before Nov. 4, 2020.

Scientists say existing pledges to curb emissions are nowhere near enough to avert catastrophic warming and have warned that failing to change course could ultimately put the survival of industrial societies at risk.