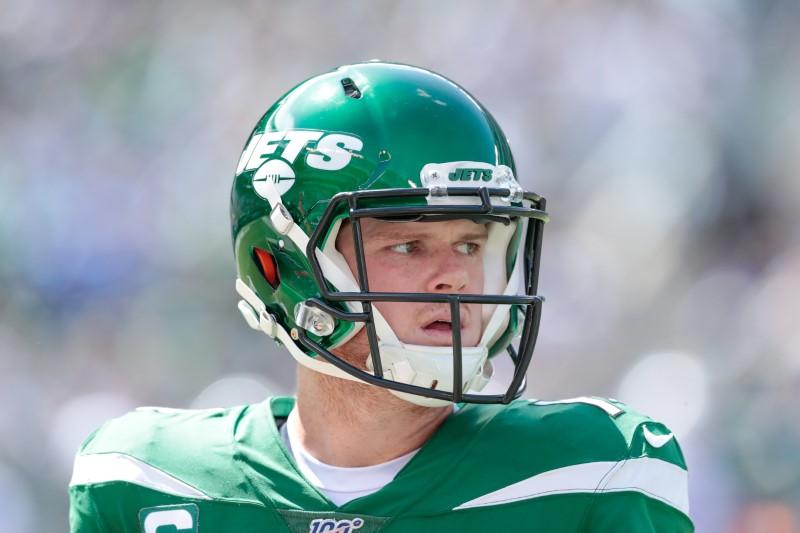 New York Jets quarterback Sam Darnold is preparing to return from mononucleosis to start Sunday’s game in Philadelphia, but he will yield to doctors if they determine that playing would risk his safety.

“I wanna make sure that I’m safe out there, and that, you know, I’m not gonna die,” Darnold told reporters Thursday with a light laugh.

Darnold has yet to be cleared for contact due to an enlarged spleen, a common side effect of mono. He will receive an ultrasound and blood tests on Friday to determine whether it’s safe enough for him to play Sunday or whether the risk of a ruptured spleen is too great.

—Minnesota Vikings wide receiver Stefon Diggs added more fuel to the speculation that he wants to be traded.

When asked to elaborate, Diggs elected to circle back to detailing his frustration with the team’s offense and the overall direction of the Vikings (2-2).

Nugent had joined fellow kickers Kai Forbath, Elliott Fry, Blair Walsh and Matthew Wright in working out for the Patriots (4-0) earlier in the week.

Nugent last kicked for the Oakland Raiders, making all six field-goal attempts and 4 of 5 extra-point tries in three games last season before landing on injured reserve with an ailing hip.

—Washington Redskins quarterback Case Keenum returned from a foot injury to practice on a limited basis on Thursday, but it remains unclear who will start Sunday against the visiting New England Patriots.

“We’re getting closer here,” head coach Jay Gruden said when asked if he’s made a decision between Keenum, Colt McCoy and rookie first-rounder Dwayne Haskins. “I think we had a good day of work today, and we’ll follow up tomorrow, see how they do and see how healthy they are, and make sure we’re all on the same page and go from there.”

—New York Giants running back Saquon Barkley told reporters that he “felt good” after he completed his second consecutive day of running in his bid to work his way back from a high ankle sprain.

Barkley, who officially was listed on the injury report as “did not practice,” originally was expected to miss four to eight weeks after he was hobbled off in New York’s 32-31 win over the Tampa Bay Buccaneers on Sept. 22.

The Giants (2-2) have not ruled out the 22-year-old Barkley for Sunday’s game against the visiting Vikings.

—The NFL will hear the appeal of Oakland Raiders linebacker Vontaze Burfict’s suspension on Tuesday, according to multiple reports.

Burfict was suspended for the rest of the season after his helmet-to-helmet hit on Indianapolis Colts tight end Jack Doyle on Sunday. The length of the ban was influenced by the linebacker’s on-field history.

—Los Angeles Chargers running back Melvin Gordon will play and possibly start Sunday as he works his way back from a two-month holdout, coach Anthony Lynn said.

Gordon, a two-time Pro Bowl selection, was active but did not play last Sunday in the Chargers’ 30-10 road victory against the Miami Dolphins. He ended his 64-day holdout on Sept. 26.

—Cleveland Browns receiver Jarvis Landry remains in concussion protocol, raising questions about his availability for the Monday game against the San Francisco 49ers.

The Browns will see the return of wide receiver Antonio Callaway from a four-game suspension assessed for a violation of the NFL’s substance-abuse policy.

San Francisco coach Kyle Shanahan also intimated that defensive back Jimmie Ward could be back in action Monday. Ward broke a finger in the preseason and hasn’t played since, but he returned to practice Thursday.