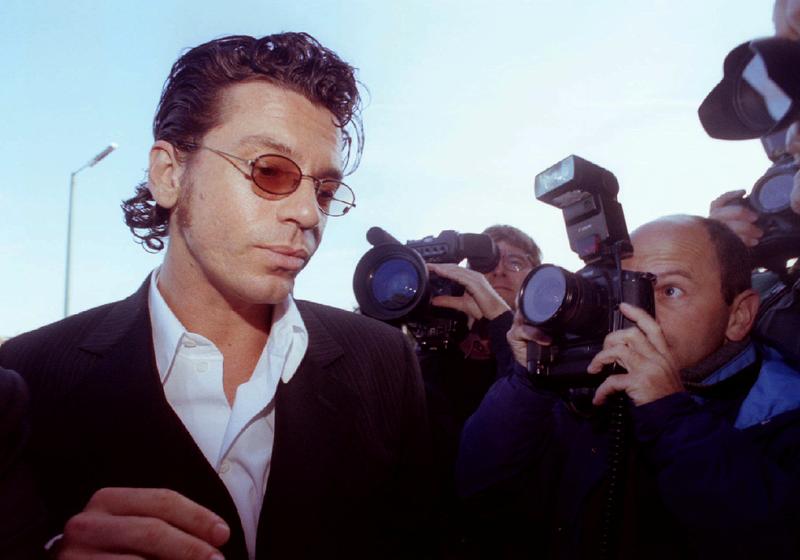 LONDON (Reuters) – A new documentary seeks to move away from “rumors and tabloid headlines” to paint an intimate portrait of late INXS frontman Michael Hutchence, charting his rise to global stardom and personal troubles.

“Mystify: Michael Hutchence” features interviews with family members, colleagues and former partners – including singer Kylie Minogue and model Helena Christensen – about the rock singer, who was found dead in a Sydney hotel room in 1997 aged 37.

A coroner ruled he had committed suicide.

Hutchence found fame as the charismatic singer and lyricist of Australian rock band INXS, which formed in the late 1970s and is known for songs like “Need You Tonight”, “Never Tear Us Apart”, “Mystify” and “Suicide Blonde”.

Director Richard Lowenstein, who knew Hutchence on a professional and personal level, said he wanted to provide “a compassionate and authentic record left behind of a very important part of the history of popular music”.

“Other documentaries had been made, there was a drama series in Australia … and nothing I recognized in the character even in the documentaries or the drama reminded me of anything I knew about the real person,” Lowenstein told Reuters in an interview.

“There should be a proper record instead of these rumors and tabloid headlines.”

Hutchence’s romances also feature, including his relationship with late British television presenter Paula Yates, with whom he had a daughter.

“I met a person who was completely humble and shy and just quite normal in real life but on stage would put on this rock star cloak and become this … long-haired sex god,” Lowenstein said.

The documentary, screening at the BFI London Film Festival, also focuses on a brain injury Hutchence sustained during an attack in Copenhagen.

Hutchence lost his sense of smell and taste, something that affected him deeply, the documentary shows, with Christensen recounting that night and its aftermath.

“It really was about understanding mental health and chronicling this story that just because someone’s rich and famous it doesn’t mean they’ve got it all sorted and everything’s going to fine. There’s troubles along the way,” Lowenstein said.

Lowenstein said he had shown the film to Hutchence’s daughter, Tiger Lily, who he said “seemed to like it”.