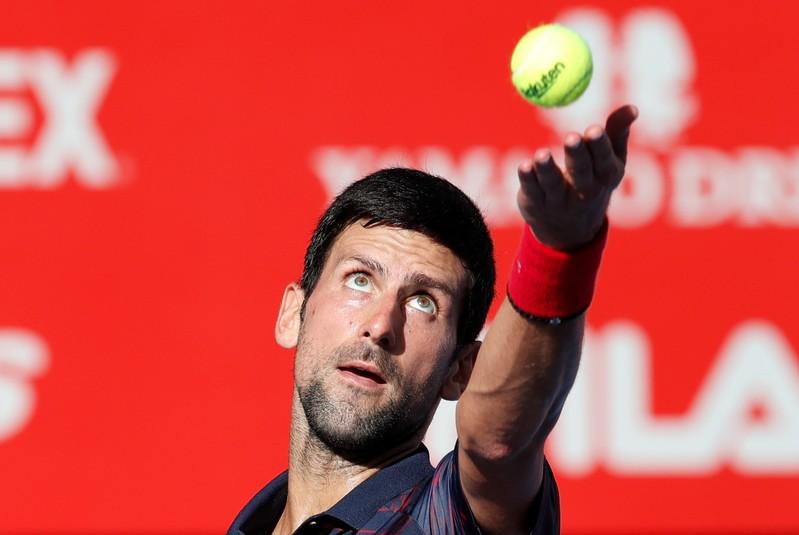 (Reuters) – World number one Novak Djokovic continued his dominant form in Tokyo to storm past Frenchman Lucas Pouille 6-1 6-2 and into the semi-finals of the Japan Open Tennis Championships on Friday.

Serbian Djokovic has served with ruthless efficiency in his previous two matches and more of the same was on display as the 32-year-old fired eight aces and won 82% of points on his first serve to swat aside fifth seed Pouille in 50 minutes.

Up next for the 16-times Grand Slam champion, who has yet to drop a set in his first Japan Open, is 2017 winner David Goffin or Chung Hyeon, who are in action later.

Djokovic is playing in his first tournament since retiring from his U.S. Open fourth-round match against Stan Wawrinka because of a problem with his left shoulder.

He has now reached at least the semi-finals in six of his past seven tournaments going back to the Madrid Open in May.

Opelka, who won his first title at the New York Open in February, next takes on Australian qualifier John Millman in what will be their first career meeting.

Reporting by Shrivathsa Sridhar in Bengaluru; Editing by David Goodman