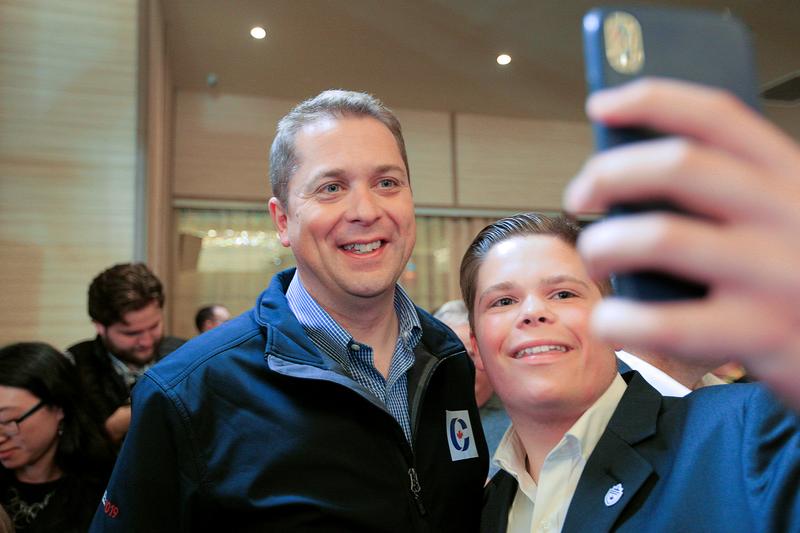 TORONTO (Reuters) – Andrew Scheer, the head of Canada’s opposition Conservatives, on Friday promised a crime crackdown if he won a Oct. 21 election, but faced repeated questions about why he had not revealed that he has U.S. citizenship.

Polls show the Conservatives have a chance to beat the ruling Liberals provided they are able to make inroads in Toronto, Canada’s largest city, where shooting deaths have spiked this year amid clashes between gangs.

Scheer’s vow to get tough on crime was overshadowed by the revelation that he is also a U.S. citizen. After the Globe and Mail newspaper broke the news on Thursday, Scheer said he was giving up his American citizenship.

“It’s not a big deal to have dual citizenship here in Canada,” he told reporters, who asked him whether he had ever filed taxes in the United States or registered for the U.S. military draft at 18.

Scheer instead took aim at Prime Minister Justin Trudeau, who is trying to recover from images showing him dressed in blackface, and accused him of breaking promises to eliminate the budget deficit and make life more affordable.

“When Canadians are looking at what he is offering this election, they know they cannot trust him,” Scheer said of Trudeau.

Trudeau told reporters in Quebec City that Scheer needed to be honest with Canadians about his dual citizenship and noted that he had apologized repeatedly for the blackface incidents.

Scheer earlier on Friday told a Toronto news conference that the Conservatives would introduce a five-year minimum mandatory prison sentence for violent gang crime, and the same penalty for possession of a smuggled firearm.

They would also identify known gangs as criminal entities and take steps to disqualify gang members from receiving automatic bail when they are arrested, he said in a statement. The Conservatives have also pledged to stop weapons being smuggled in from the United States, he said.

Trudeau last month pledged to ban military-style assault rifles and said Ottawa would work to give municipalities the ability to further restrict or ban handguns.

He also accused the Conservatives of being “in the pocket of the gun lobby,” citing the party’s refusal to take a similarly hard line on assault rifles.