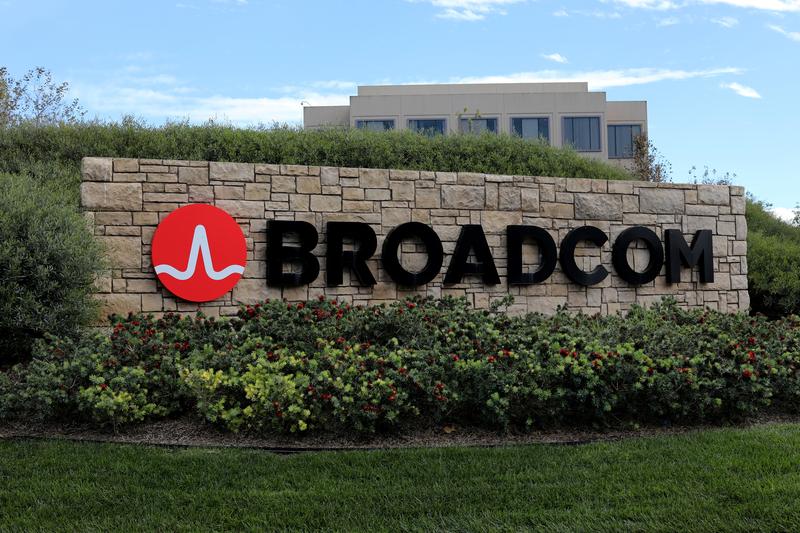 BRUSSELS (Reuters) – U.S. chipmaker Broadcom (AVGO.O) will be told by EU antitrust regulators this month to suspend certain business practices including exclusivity clauses with TV and modem makers, a person familiar with the matter said on Friday.

Such a decision would be the European Commission’s first interim order in almost two decades. The measure prohibits certain activities until the regulator completes its investigations, which typically take several years, and could pave the way for similar action against other tech companies.

The EU executive will brief national competition agencies on Oct. 7 on its proposed interim measure before taking a formal decision and informing the company, the person said.

Broadcom did not immediately respond to an emailed request for comment. The company has previously said it did not expect a material impact on its set-top box or broadband modem business from such a move by the Commission, and that an interim measure would not preclude it from continuing to sell any products.

Interim measures are rare because of the high bar proving a company’s practice would cause lasting harm to market competition. The Commission’s last order, 18 years ago, was thrown out by an EU court after the company then involved challenged it.

EU competition authorities opened the Broadcom investigation in June and detailed to the company why the interim measure might be necessary to avoid irreparable harm to the market.

Regulators are looking into Broadcom’s practices such as exclusive purchasing obligations and tying rebates or other benefits to exclusive or minimum-purchase requirements.

Broadcom defended itself at a closed door hearing in August. Participants included Intel (INTC.O), MediaTek (2454.TW), Quantenna which is a unit of ON Semiconductor (ON.O) and Humax (115160.KQ).