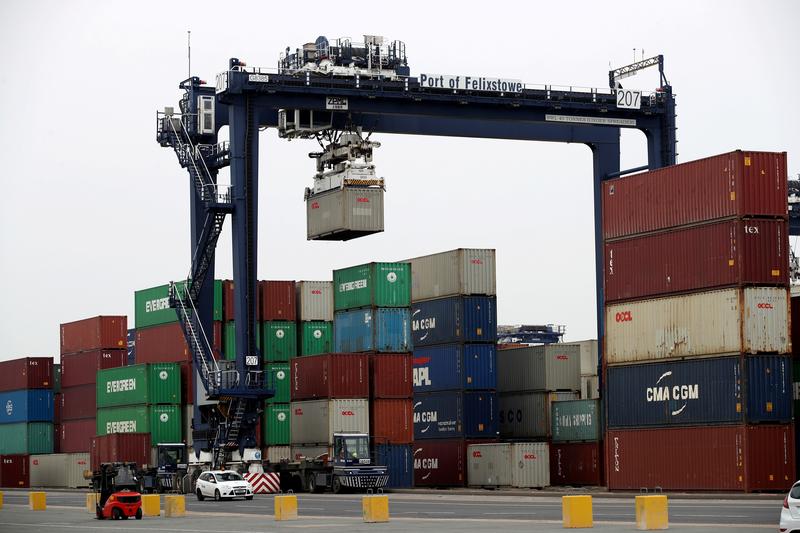 LONDON (Reuters) – British business activity wilted in the third quarter, especially in manufacturing, according to a survey on Friday that boded poorly for the country’s economy in late 2019 as it faces the Brexit crisis and a global slowdown.

The British Chambers of Commerce’s (BCC) survey of 6,600 companies showed domestic manufacturing sales fell at the fastest pace since late 2011. Growth in the much larger services sector also slowed.

Overall, the survey chimed with other signs of a sharp deterioration in business confidence in Britain as the Oct. 31 Brexit deadline nears with little clarity on how or if the country will leave the European Union.

The BCC survey also pointed to the biggest drop in manufacturing export orders in 10 years.

“Our findings point to a worrying drop-off in UK economic activity, with unrelenting uncertainty over Brexit and a notable slowing in global growth prospects dragging down almost all the key indicators in the quarter,” BCC head of economics Suren Thiru said.

“Looking forward, weakening orders, confidence and investment intentions suggest that unless action is taken the UK’s current weak growth trajectory could drift markedly lower over the near term.”

Consumer spending, boosted by the fastest wage growth in 11 years and low unemployment, has helped to offset the economic slowdown although there have recently been some signs of a weakening in job creation.

The BCC said more manufacturers reported a worsening of cash-flow than those reporting an improvement. The difference was the widest since late 2011.

A renewed drive to stockpile to avoid disruption after the Oct. 31 Brexit deadline – shown in an IHS Markit/CIPS survey on Monday – is likely to put more pressure on manufacturers’ finances.

Expectations for profits declined particularly sharply in the manufacturing sector, falling to their lowest level since late 2011, the BCC said.

The BCC survey was conducted between Aug. 26 and Sept. 16.