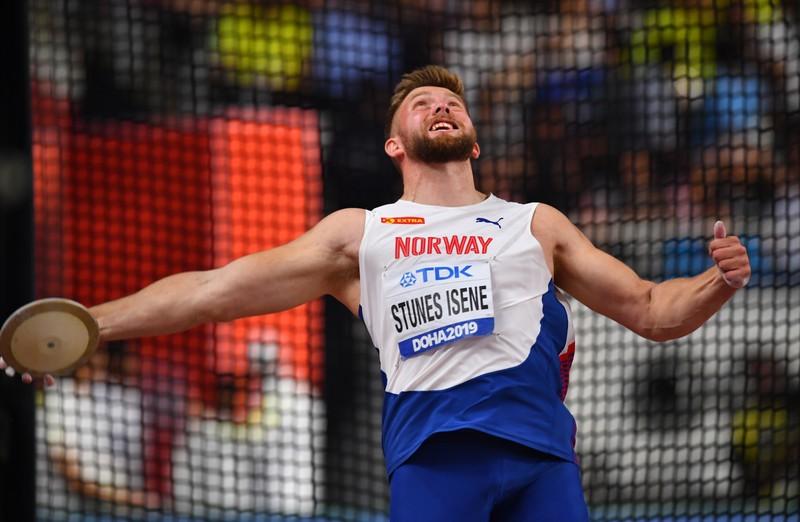 DOHA (Reuters) – Before he began competing in lucrative Diamond League meetings, Norwegian discus thrower Ola Stunes Isene moved back to his parents’ home with his girlfriend because he could not make a living from the sport.

“That’s not the best thing to do when you are in a relationship,” the hulking 24-year-old told Reuters.

Having earned 10,000 euros ($10,990) at Diamond League meetings this year, Stunes Isene will move out again when he returns to Norway from the world athletics championships in Doha, yet his financial freedom might not last.

A new Diamond League format, which will be announced in detail later this month, will see the number of events brought down from 32 to 24 in an effort to create a faster-paced meeting that is more palatable to television viewers.

Speculation is rife that field events like the discus and triple jump could be sidelined, and some of the world’s top athletes are objecting.

“Next year they could remove my biggest income,” Stunes Isene said. “I’m not mad at them but I hope they can understand throwers too.”

Discus world champion Daniel Stahl was equally frustrated at the prospect of the discipline being removed from the Diamond League.

“I think that it’s ridiculous,” he said.

“I can speak up, but there are people at the table who do the voting at the end of the day,” he said. “Hopefully they can hear our cry.”

Diamond League champions in every discipline receive prize money of $50,000. Eighth-place finishers in the Diamond League final go home with $2,000.

The winners of Diamond League events leading up to the final each receive $10,000, down to $1,000 for the eighth-place finishers.

The prize money at non-Diamond League meetings varies greatly depending on the country where the event is being held.

Yet winners of events on the IAAF World Challenge circuit make $5,000 – half of what a first-place finisher at a Diamond League event receives.

The IAAF, the global governing body of athletics, did not immediately respond to questions about athletes’ concerns regarding the new Diamond League format.

For many events there are no other meetings that bring together the best athletes and yield significant prize money.

“With the financial aspect and the prize money, it’s a competition that you can’t make up for by doing other meets,” American discus thrower Valarie Allman said of the Diamond League.

Olympic champion shot putter Michelle Carter predicts an exodus from her discipline if it is cut from the Diamond League Programme.

“It’s going to be really hard to keep women in the sport if they cannot financially provide for themselves, which has always been an issue for field events,” said Carter, who will compete in the women’s shot put final in Doha on Thursday.

Carter is one of the field athletes who has embarked on projects on the side that could support her if she loses her Diamond League income.

She gives public speeches and runs a girls’ sports camp aimed at empowering young athletes. On her website, Carter sells necklaces engraved with “I can” like the one she wears in competition.

“If need be I’ll have to really attack those to make up for the income, but I hope I won’t have to until I retire,” she said.