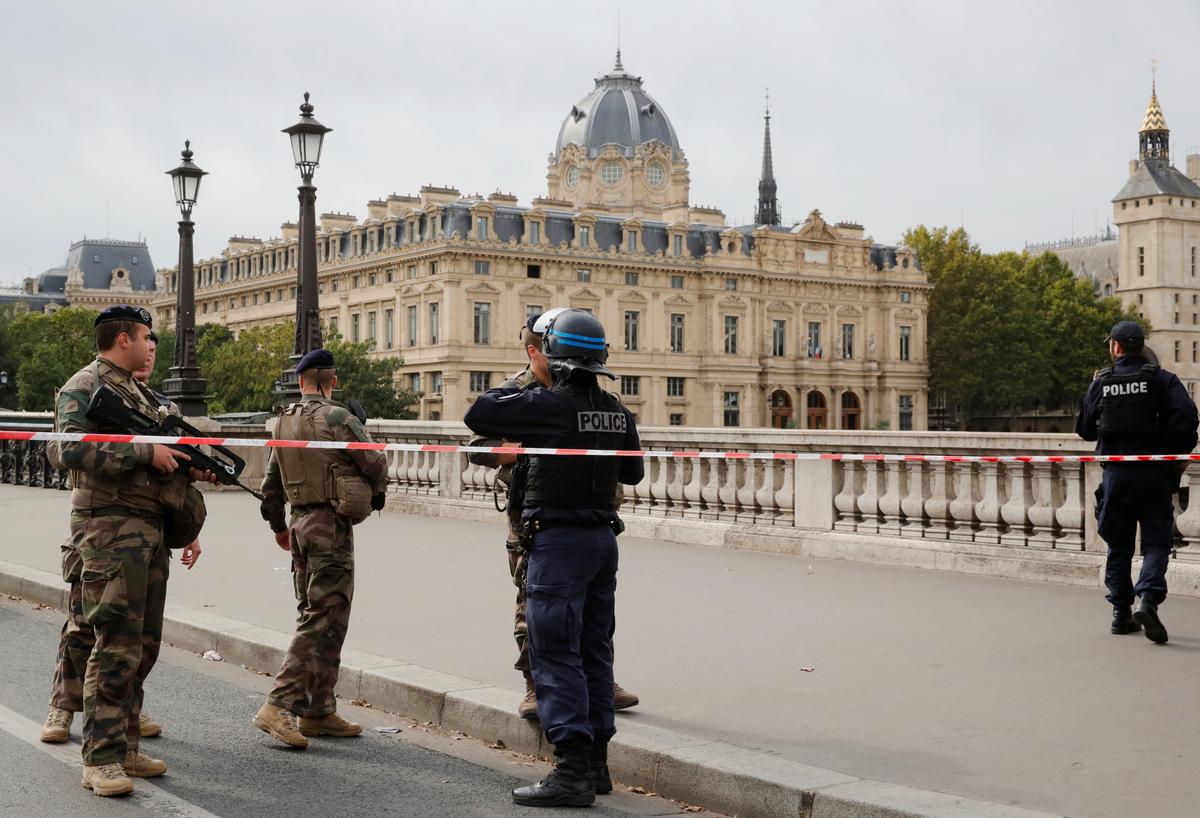 PARIS (Reuters) – A police administrative worker went on a knife rampage inside the force’s headquarters on Thursday, killing four people before being shot dead by an officer, police officials said.

There was no official word on the motive for the attack, which took place in the heart of the French capital near to Notre-Dame de Paris cathedral.

But Jean-Marc Bailleul, a police union leader, described the incident as criminal rather than an act of terror. “It was a moment of madness” Bailleul told BFM TV.

The area around the police headquarters was sealed off and the nearest metro station was shut for security reasons, the transport authority said.

President Emmanuel Macron is expected to visit the scene later on Thursday.

A police official and member of the collective “Police up in Anger”, which advocates for better conditions for officers, was quoted by franceinfo radio as saying the assailant had experienced issues with his supervisor.

“I know there were tensions between him and his direct supervisor,” Christophe Crepin told franceinfo. “I do not think this is a terrorist act.”

A police spokesman said he had no comment on the incident.

An official at the prosecutor’s anti-terrorism office said that for now his office was not leading the investigation.