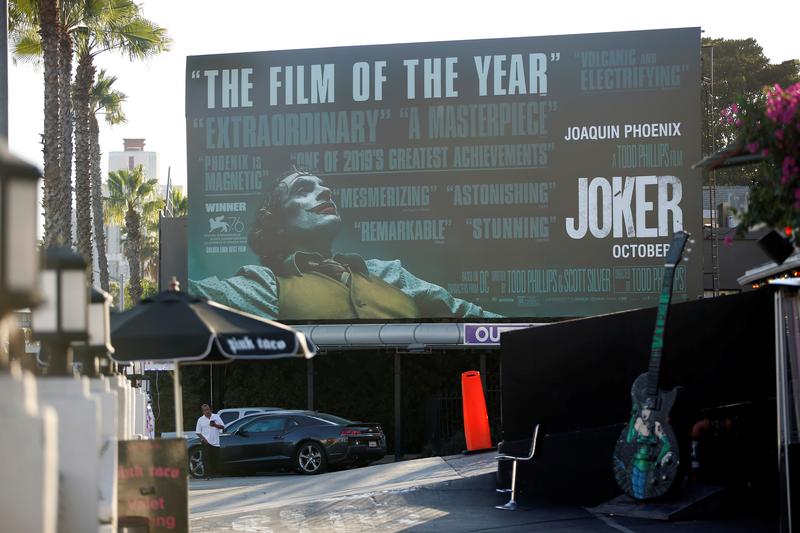 LOS ANGELES (Reuters) – There are no capes, no special powers and no battles between good and evil in the new “Joker” movie, whose portrayal of the most famous villain in comic book history is the most chilling twist on the character in 50 years.

The Joker has been depicted on television and in movies since 1966 and has undergone a series of ever darker transformations from his early days as a campy clown with a mirthless laugh.

“It’s barely the same character,” said Matthew Belloni, editorial director of the Hollywood Reporter. “I think the Joker has reflected the times in which he is portrayed.”

“Joker,” starring Joaquin Phoenix and opening in movie theaters worldwide this week after winning the top prize at the Venice film festival last month, is the first film where the Joker is the lead character but there is no Batman.

Set in 1980s New York, the Warner Bros (T.N) film is a standalone origin story that depicts the man who becomes Batman’s arch-nemesis as an isolated, bullied, delusional, mentally-ill loser who unwittingly inspires a populist rebellion manned by other outcasts adopting red noses and clown masks.

“The new Joker is a plunge into nihilism. There is no redemption at all. It is a lot grimmer to watch than even Heath Ledger’s Joker in ‘The Dark Knight’,” said David Cross, an associate editor at pop culture website Den of Geek.

Phoenix, 44, whose performance is seen by awards watchers as a likely contender for a best actor Oscar next year, told reporters in Venice in August, “I didn’t refer to any past creations of this character.”

Phoenix’s take on the Joker is far removed from Cesar Romero, who was the first actor to play the role in the 1960s “Batman” television series, which was mainly aimed at children.

“Romero didn’t even shave his mustache for the role. He put the make-up on top of the mustache. He had a lot of fun with it,” said Cross.

In 1989, Jack Nicholson brought his edgy, maniacal touch to the character in the “Batman” movie but was still largely a prankster.

Ledger reinvented him as unsettling and unhinged in 2008 in “The Dark Knight” in 2008, when the Joker became a terrorist in a post-Sept. 11 2001 era beset by fears of anarchy and chaos.

Yet Ledger, who won a posthumous supporting actor Oscar for the role, “still played it a bit like a rock star, there was a bit of grunge glamor,” said Cross.

“Batman gets to stop him in the end. He does blow up a hospital but he never took it to a truly irredeemable place,” added Cross.

Phoenix, by contrast, turns in a performance so nerve-wracking that it is difficult to watch at times, said Belloni.

“If this was not a comic book character it would be among the most chilling characters I have ever seen in film. It’s really disturbing,” Belloni said.

The film has an R rating in the United States, meaning those under 17 need to be accompanied by a parent.

“It’s not for kids, and they won’t like it anyway,” the Alamo Drafthouse movie theater chain said in a warning on its website ahead of the opening weekend.