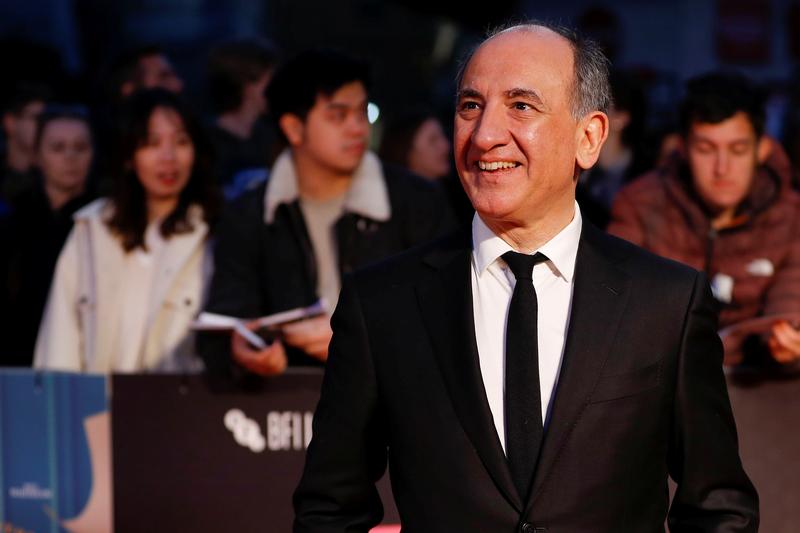 LONDON (Reuters) – British satirist Armando Iannucci swaps political comedies for Charles Dickens in “The Personal History of David Copperfield,” a comedy-drama adaptation of the literary classic in which Dev Patel leads a racially diverse cast in the Victorian-era movie.

Director Armando Iannucci poses as he arrives for the European premiere of “The Personal History of David Copperfield” at the BFI London Film Festival 2019, in London, Britain October 2, 2019. REUTERS/Peter Nicholls

The “Lion” and “Slumdog Millionaire” actor, born in London to Indian parents, plays the lead, a role he did not think would come his way, he said at the movie’s opening of the BFI London Film Festival on Wednesday evening.

“I never thought I would ever have a film like this where I get to be in period Victorian costume … It’s a wonderful opportunity and I hope it continues to open doors and it sends a message to the rest of the industry to be as bold as Mr Iannucci.”

The film begins with Copperfield, a writer, taking audiences back to the start of his life, with his widowed mother giving birth to him, supported by doting housekeeper Peggotty.

While his early years are filled with love, all changes when his mother remarries the brutal Mr Murdstone and the young Copperfield is sent to work in a London factory.

He encounters hardships and kindness as he seeks to find a place for himself in society, all the time noting down the expressions of people he meets on bits of paper.

At a press screening earlier on Wednesday, writer-director Iannucci described Dickens’ book as “cinematic and funny and experimental.”

“It felt very modern,” he said. “It also speaks of these sort of contemporary issues and I just want to get that life and that humour and approach it maybe as if there were no rules as to how you make a costume drama.”

“I wanted … the audience (to) feel that the people they’re watching up there are in their present day,” Iannucci said.

“I had no plan B. Dev was instantly the person I thought of,” Iannucci said, later adding: “I just wanted to choose the best people who were most suited for the part, I didn’t want to feel any kind of historical restrictions.”

Patel said he first thought the film was about another David Copperfield.

“I was that guy that had totally missed this glorious piece of literature in my childhood,” he said. “I thought he was the illusionist when I went to the meeting … obviously that changed very quickly.”

Iannucci is known for political TV comedies “The Thick Of It” and “Veep” and dark satirical movie “The Death of Stalin.”

“I wanted to celebrate what I feel Britain is, which is something much more lively and vibrant and cheery – the comedy heritage, the literary heritage, the variety, the arts.”

Though smaller than Cannes and Venice, the London festival has its own share of red carpet glamour. This year’s screenings include Martin Scorsese’s “The Irishman” and the mediaeval coming-of-age tale “The King” starring Timothee Chalamet.

Reporting by Marie-Louise Gumuchian and Hanna Rantala in London; Editing by Gareth Jones and Matthew Lewis