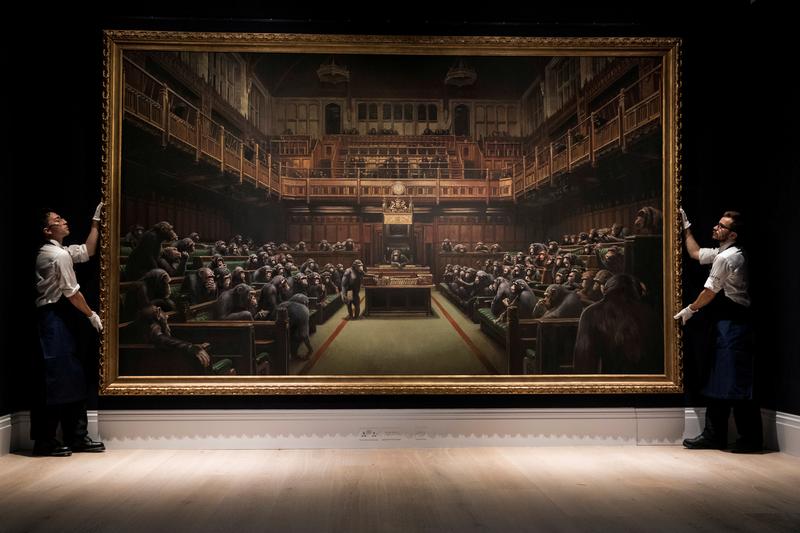 FILE PHOTO: Sotheby’s staff pose for a photograph with Banksy’s ‘Devolved Parliament’ which has an estimated value of 1.5-2 million British pounds in a forthcoming sale in London, Britain September 27, 2019. REUTERS/Simon Dawson

LONDON (Reuters) – A large Banksy painting depicting primates sitting in Britain’s parliament sold for more than $12 million on Thursday, a record price at auction for a work by the secretive British street artist, according to Sotheby’s.

The auction house said “Devolved Parliament”, in which chimpanzees replace politicians in the House of Commons, had an estimated price tag of 1.5 million to 2 million pounds going into the sale.

Before Thursday’s sale, the auction record for a Banksy work was $1,870,000 for “Keep it Spotless” which sold at Sotheby’s in New York in 2008, the auction house said.