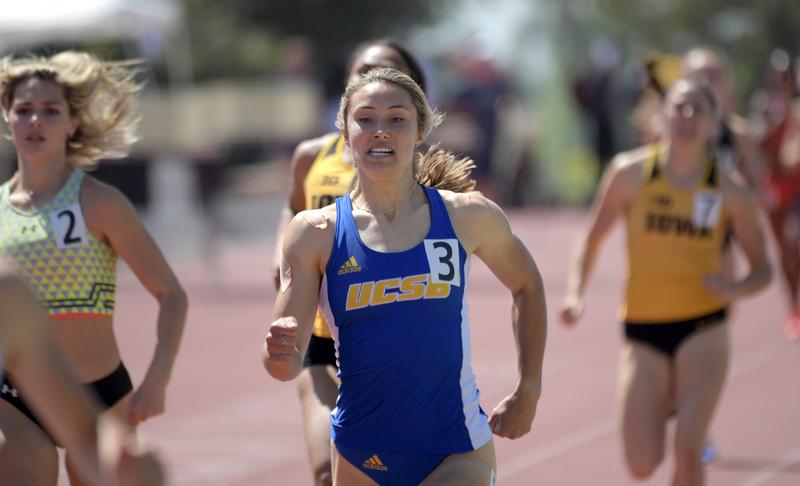 Although relatively few college athletes of either gender ever advance to professional competition, women’s opportunities for going pro are particularly scant compared with men, leaving them little or no chance of cashing in on their talents during their prime, proponents said.

“Giving female athletes the ability to market themselves at a time in their careers when the spotlight is on them – when they’re in college – not only brings attention to female athletes but could be a game changer in the public starting to respond to the brilliance of women in sports,” state Senator Nancy Skinner, the measure’s leading sponsor, told Reuters.

She cited the example of Olympic champion swimmer Missy Franklin, who gave up the chance to capitalize on her gold-medal fame in order to keeping swimming for the University of California-Berkeley, only to suffer a career-ending injury as a senior.

Conversely, Skinner pointed to superstar UCLA gymnast Katelyn Ohashi, who the senator said “will no longer be the only person on the planet denied the right to monetize 60 million YouTube followers.”

Some experts, however, said caveats built into the new law to protect California college team endorsement deals from conflicts with individual sponsorships minimize the potential for NCAA athletes, men and women alike, to market themselves.

A college basketball star would be unable, for instance, to wear Adidas-brand sneakers if his or her entire squad were already outfitted in Nike footwear under an existing exclusive sponsorship contract with the school.

Skeptics also warned that for female athletes in particular, their individual success in winning lucrative deals with major brands may siphon finite endorsement dollars away from their teams as a whole.

“This thing could have the impact of money not going to support athletic programs, and that could be detrimental,” said George Belch, a San Diego State University marketing professor who opposed the bill.

The Fair Pay to Play Act, passed unanimously in both houses of California’s legislature and signed into law by Governor Gavin Newsom, would make California the first state to allow college athletes to earn money from their names, images and likenesses.

Proponents said the statute addresses a fundamental inequity in barring financial compensation for college athletes when academic institutions generate billions of dollars a year from student sports, even as a majority of their athletes live at or below the poverty level.

The measure is due to take effect in 2023, assuming it survives a possible court challenge from the NCAA, the governing body for U.S. college sports, which opposed the bill.

The NCAA, backed by several major California universities and the Pac-12 Conference, has warned the new statute would give California teams an unfair recruiting advantage and lead to an uneven patchwork of rules across the country.

Opponents of the law had urged California legislators to give the NCAA time to examine the issue and propose its own reforms. But California’s law passed with broad bipartisan support, and lawmakers in several other states and on Capitol Hill are considering similar measures.

Although only a handful of the estimated 500,000 students playing college sports nationwide may ever have the talent and fame to land major-brand endorsement contracts, the new law allows those in California to at least earn money from smaller local sponsors, YouTube videos or from coaching youth.

Elite athletes, meanwhile, gain a financial incentive to enroll in college and complete their degrees, rather than drop out or skip college to go pro.

But for women’s sports especially, providing financial incentives that raise an athlete’s profile and market value will have another important “trickle down” effect, said Ramogi Huma, a former UCLA football player and executive director of the National Collegiate Players Association that helped lobby for the Fair Pay bill.

He said the current NCAA prohibition on compensation for student athletes has helped freeze in place disparities that continue to favor men’s sports over women’s despite passage of the Title IX act in 1972 mandating an end to sex discrimination in federally backed education programs.

“More little girls would be involved in sports if they were able to see more stars at the college level,” he said.

Writing and reporting by Steve Gorman in Los Angeles; Additional reporting by Amy Tennery in New York and Brendan O’Brien in Milwaukee; editing by Bill Tarrant and Cynthia Osterman