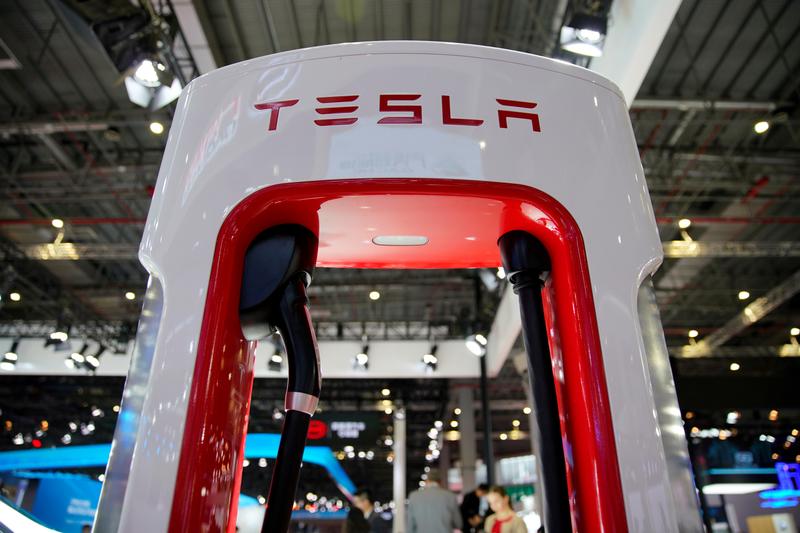 SHANGHAI (Reuters) – Tesla Inc’s China factory aims to start production this month but it is unclear when it will meet year-end production targets due to uncertainties around orders, labor and suppliers, sources with knowledge of the matter said.

The U.S. electric vehicle maker aims to produce at least 1,000 Model 3s a week from the new factory by the end of this year, the centerpiece of its ambitions to boost sales in the world’s biggest auto market and avoid higher import tariffs imposed on U.S. cars.

The plant’s mass production schedule is crucial for Tesla’s hopes of reaching its total production rate at an annualized 500,000 vehicles by the end of this year.

“We aim to start some production in October, but the actual production volume depends on many factors including car orders we received, performance of newly hired workers, supply chain and so on,” a Tesla source told Reuters.

“It’s unclear when we can reach the 1,000-2,000 units per week target,” the person said, declining to be named as he was not allowed to speak to media.

The factory is kicking into gear amid the U.S.-China trade war and weakness in China’s auto market. Sales of new energy vehicles contracted for a second month in a row in August, and are likely to grow at a slower pace this year to 1.5 million vehicles, down from a previous forecast of 1.6 million, according to an industry association.

Tesla has fared better, with China sales rising 98% in the first seven months of this year thanks to strong demand for Model 3, according to research firm LMC Automotive.

Tesla has embarked on a new phase of construction work at the factory in a sign of confidence in its China strategy. The new facilities will include battery pack production units, according to a company source and documents.

The so-called 1.5-phase works, which have not previously been reported, include a production workshop and an energy center, construction documents showed. Construction is scheduled for completion by around the end of this year.

Tesla also is looking to hire battery-related production engineers in Shanghai, according to its job advertisements.

The plant, which Tesla says will be simplified and more cost-effective than its existing Model 3 line, will have 500,000 units of annual capacity when the second phase is completed, doubling from initial phase capacity of 250,000 vehicles.

The factory, China’s first fully foreign-owned car plant, is a reflection of Beijing’s broader shift to open up its car market.

Shanghai authorities have offered assistance to speed up construction, and China excluded Tesla models from a 10% car purchase tax on Aug. 30.

Reporting by Yilei Sun and John Ruwitch in Shanghai; Editing by Miyoung Kim and Stephen Coates