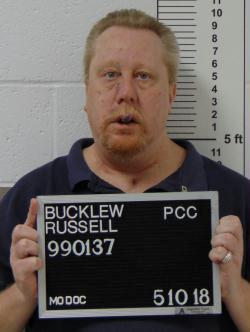 (Reuters) – Missouri on Tuesday executed a man convicted of killing his ex-girlfriend’s lover more than 20 years ago, local media reported, after a court rejected his argument he faced cruel and unusual punishment because of a rare medical condition that would make lethal injection severely painful.

Russell Bucklew, 51, was pronounced dead at 6:23 p.m. CDT at the state’s death chamber in Bonne Terre for the 1996 murder of Michael Sanders, shortly after he moved in with Bucklew’s ex-girlfriend Stephanie Ray, CBS affiliate KFVS12 reported.

The Missouri Department of Corrections did not immediately respond to a request for comment.

“His feet were twitching under the sheets, there was a sigh and then no more movement,” Sweeney said in a broadcast.

He argued that would be in violation of the U.S. Constitution’s Eighth Amendment, which bars cruel and unusual punishment. The U.S. Supreme Court ruled 5-4 against Bucklew in April.

Bucklew was the first inmate in Missouri to be executed since January 2017 and the 17th inmate executed in the United States in 2019, according to the Death Penalty Information Center.

He murdered Sanders just over a month after Ray broke up with him on Valentine’s Day 1996.

On March 20, after Ray and Sanders moved in together, Bucklew stole a car and two of his brother’s pistols, handcuffs and a roll of duct tape.

The next day, Bucklew went to the trailer where the couple lived and fatally shot Sanders. He also shot at Sanders’ 6-year-old son but missed, according to court documents.

Bucklew then handcuffed Ray, dragged her to the stolen vehicle and drove away. He later sexually assaulted her. When authorities found him, he wounded a police officer before they took him into custody, according to court papers.

Reporting by Brendan O’Brien in Chicago and Andrew Hay in New Mexico; Editing by Peter Cooney and Cynthia Osterman