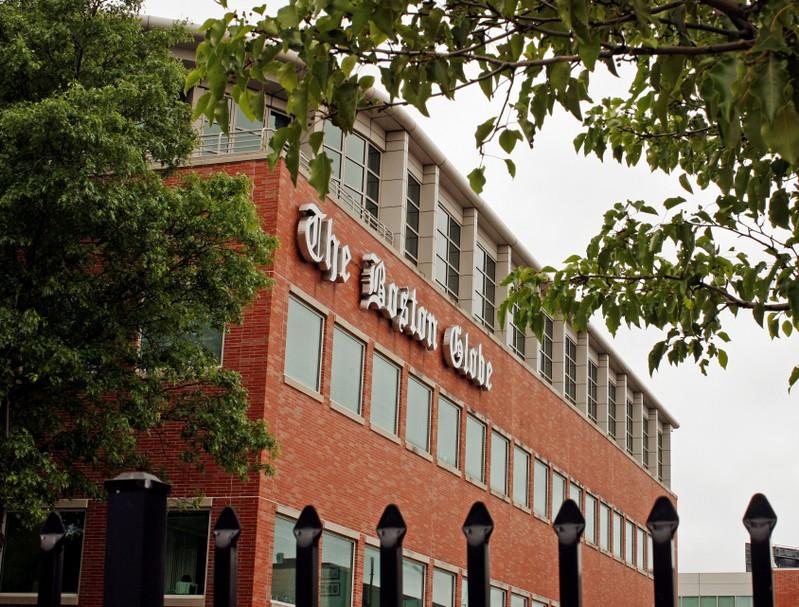 BOSTON (Reuters) – A California man faces sentencing on Wednesday for threatening to kill journalists at the Boston Globe in retaliation for its role coordinating an editorial response by hundreds of newspapers to U.S. President Donald Trump’s attacks on the media.

Federal prosecutors in Boston are seeking a 10-month prison term for Robert Chain, 69, who they say lobbed “abhorrent, vicious, and menacing” threats at the Boston Globe and at reporters at The New York Times.

Chain pleaded guilty in May to transmitting violent threats to the Boston Globe after in August 2018 it urged other newspapers nationally to run editorials denouncing what it called a “dirty war against the free press.”

More than 350 newspapers subsequently published editorials that Aug. 16 in response to Trump’s repeated criticism of new organizations as the “enemy of the American people” and of news reports he objects to as “fake news.”

The threats that prosecutors said Chain made to the Globe in a series of phone calls that August mirrored Trump’s statements, saying in one phone call that “you are the enemy of the people and we are going to shoot you all.”

The day the coordinated editorials were published, Chain called the Globe’s newsroom and threatened to shoot employees in the head “later today, at 4 o’clock,” prosecutors said.

That call prompted local law enforcement to go to the Globe’s office and the paper to hire a security firm to provide additional protection for its employees.

In a final call on Aug. 22, 2018, Chain said he would “continue to vex, harass, and annoy the Boston Globe” as long as they kept attacking Trump, prosecutors said.

Chain’s lawyers in a filing on Friday said he is “ashamed of his words” but that his actions were out of keeping with his normal behavior and that he deserves just six months of home confinement.

They said while Chain owned firearms, he never intended to carry out any of his threats, which “made him sound like a raving, angry older man.” His lawyers said he is now taking antidepressants and undergoing therapy.