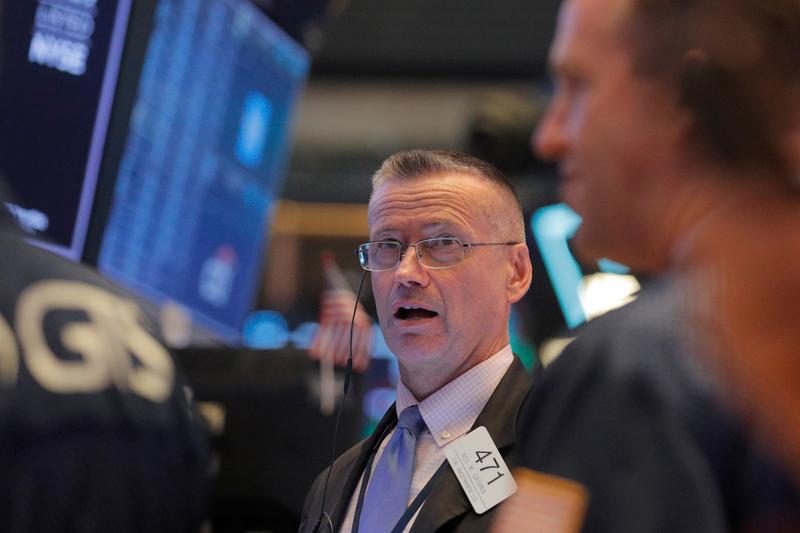 (Reuters) – The S&P 500 and Dow suffered their worst tumbles in over a month on Tuesday after data showed U.S. factory activity shrank in September to its weakest in over a decade, ratcheting up fears that the U.S.-China trade war is hobbling the world’s largest economy.

Investors moved to the safety of U.S. Treasuries after the ISM report showed its manufacturing activity index at 47.8, falling further from August’s sharp contraction and below economists’ expectations of 50.1. A reading below 50 indicates contraction.

With lingering trade tensions weighing on exports, the U.S. data mirrored similar patterns in the euro zone, Japan, the United Kingdom and China.

The S&P industrials index .SPLRCI dropped 2.4%, the most among the 11 major S&P sectors. The materials .SPLRC and energy .SPNY indexes both fell 2.3%. All 11 sectors lost ground.

A jobs report on Friday is expected to shed further light on U.S. economic strength.

“This is a bad number, fitting in with the world’s manufacturing recession,” Jim Bianco, head of Bianco Research in Chicago, said of the ISM report. “I think the market is right to be concerned, but we will have to see whether other manufacturing numbers in the U.S. bear that out, not the least of which being the manufacturing payroll numbers on Friday.”

Despite a prolonged U.S.-China trade war that has hammered global growth, confidence in the domestic economy has helped the benchmark S&P 500 .SPX climb about 17% this year.

Thomas Simons, a Jefferies economist, said the manufacturing contraction does not underpin a wider softening in the U.S. economy, as it was the result of several factors, including Boeing Co’s (BA.N) production issues relating to its best-selling jets.

Shares of online brokerage E*Trade Financial (ETFC.O) tumbled 16.4%, the most on the S&P 500, after rival Charles Schwab Corp (SCHW.N) said it would remove commissions for online trading of stocks, ETFs and options listed on U.S. or Canadian exchanges. Charles Schwab’s shares slumped 9.7%.

As the final quarter of 2019 kicks off, investors will be focusing on a range of factors, beginning with the high-stakes Sino-U.S. trade talks in early October, corporate earnings and the Fed’s next policy meeting.

Declining issues outnumbered advancing ones on the NYSE by a 2.76-to-1 ratio; on Nasdaq, a 3.29-to-1 ratio favored decliners.

Volume on U.S. exchanges was 7.3 billion shares, compared with the 7.2 billion average for the full session over the last 20 trading days.