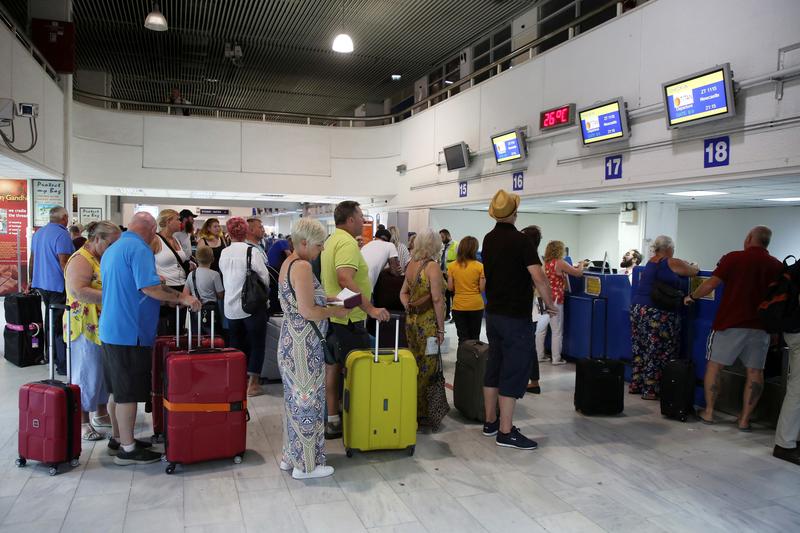 FILE PHOTO: Passengers line up in front of Thomas Cook counters at the airport of Heraklion, on the island of Crete, Greece September 24, 2019. REUTERS/Stefanos Rapanis/File Photo

(Reuters) – Britain’s Civil Aviation Authority on Tuesday said 39 flights are scheduled to bring back a further 7,000 people to the country after the Thomas Cook collapse, as the operation enters its second week.

So far 115,000 customers of a total of more than 150,000 passengers have returned in the largest peacetime repatriation ‘Operation Matterhorn’, which was launched on Sept 23.

Reporting by Mekhla Raina in Bengaluru; Editing by Shri Navaratnam