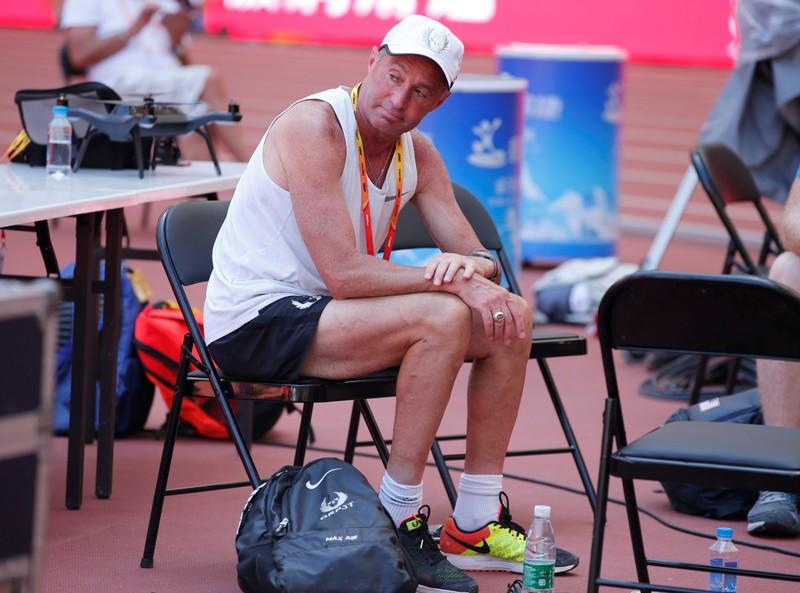 After the ban was announced, the U.S. Track and Field Federation (USATF) removed Salazar’s accreditation for the world athletics championships in Doha.

Salazar said he would appeal USADA’s decision, and sportswear giant Nike said in a statement that it would stand by him.

“I am shocked by the outcome today,” Salazar said in a statement. “My athletes and I have endured unjust, unethical and highly damaging treatment from USADA.”

“The Oregon Project has never and will never permit doping. I will appeal and look forward to this unfair and protracted process reaching the conclusion I know to be true. I will not be commenting further at this time.”

Jeffrey Brown, who worked as a paid consultant endocrinologist for NOP on performance enhancement and served as a physician for numerous athletes in the training program, also received a four-year ban.

Several members of NOP are competing in the 2019 IAAF World Championships in Doha, Qatar.

None of the athletes Salazar has worked with were mentioned in Monday’s report.

Salazar stopped coaching Farah in 2017 when the runner decided to move back to England. Farah said at the time that the doping investigation was not the reason they parted ways.

“The athletes in these cases found the courage to speak out and ultimately exposed the truth,” Travis Tygart, USADA chief executive officer, said in a statement.

“While acting in connection with the Nike Oregon Project, Mr. Salazar and Dr. Brown demonstrated that winning was more important than the health and wellbeing of the athletes they were sworn to protect.”

Salazar said that Tygart’s comment was misleading and he had never put winning above the athletes’ safety.

“This is completely false and contrary to the findings of the arbitrators, who even wrote about the care I took in complying with the World Anti-Doping code,” he said.

Nike, which funds NOP, the nation’s most elite long-distance running training center in Portland under a $460 million, 26-year sponsorship deal with US Track and Field, said it would support Salazar’s appeal.

“Today’s decision had nothing to do with administering banned substances to any Oregon Project athlete. As the panel noted, they were struck by the amount of care Alberto took to ensure he was complying with the World Anti-Doping code,” it said.

“Nike does not condone the use of banned substances in any manner.”

Reporting by Rory Carroll in Los Angeles and Gene Cherry in Doha; Writing by Brian Homewood; editing by Jane Wardell and Hugh Lawson