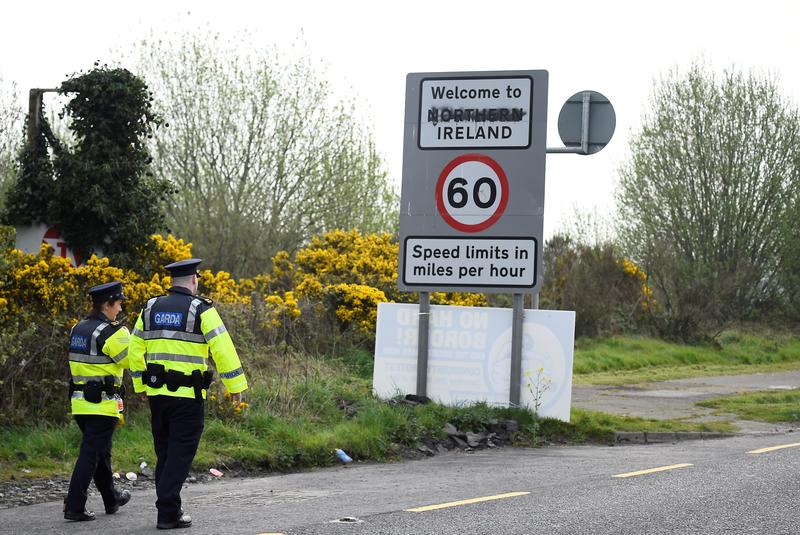 DUBLIN (Reuters) – Britain is proposing to set up “customs clearance centres” on both sides of the Irish border after Brexit, Irish national broadcaster RTE reported on Monday, an idea Ireland’s foreign minister quickly dismissed as a “non-starter”.

The British proposal would place clearance centres, effectively customs posts, between 5-10 miles (8-16 km) ‘back’ from and on each side of the border, RTE Europe Editor Tony Connelly said on Twitter.

Connelly reported that the details came from technical papers, or so-called “non-papers”, sent from London to Brussels, of which he had seen extracts.

Earlier, a British government source said new proposals would be handed over to EU negotiators on Wednesday or Thursday.

How to handle the border between the Republic of Ireland, an EU member, and Northern Ireland, which is part of the United Kingdom, has proved to be the thorniest issue in the Brexit negotiations.

The Irish and British governments and the EU all say that they want to avoid border checks and physical infrastructure on the border because those could re-ignite tensions over Northern Ireland’s political status.

But simply moving any checks away from the border has long been rejected by Dublin and Irish Foreign Minister Simon Coveney quickly dismissed the reported proposal.

“Non-Paper = Non-Starter. Time the EU had a serious proposal from the UK Govt if a Brexit deal is to be achievable in October. NI and IRE deserves better!” Coveney said on Twitter after the RTE report.

The challenge is how to avoid physical checks on the border after Brexit, while also maintaining the integrity of the European single market.

A proposed withdrawal agreement negotiated by the EU and former British Prime Minister Theresa May – but rejected by the British parliament – contains a mechanism called a “backstop” that would come into effect if there was a failure to agree a long-term trade deal to keep the border open.

Johnson, May’s successor, says the backstop is unacceptable and should be scrapped. So far, the government in Dublin and the EU leadership in Brussels have said their position had not changed. They have asked Britain to come up with alternatives to the backstop, and have complained that no workable solutions had been put forward by London.

Johnson has vowed to lead Britain out of the EU by Oct. 31, with or without an exit agreement. However, it is not clear how he plans to do that, as the British parliament has passed a law requiring him to seek an extension to the deadline if no deal is agreed with the EU by Oct. 19.