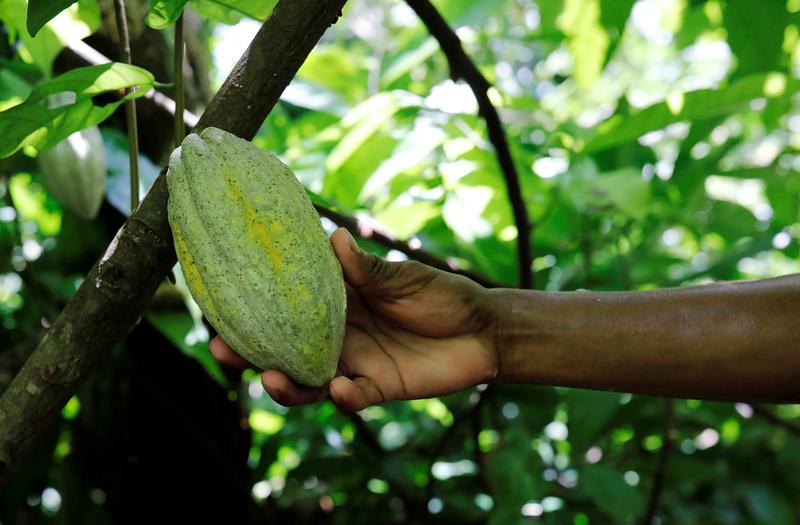 FILE PHOTO: A cocoa pod is seen at a plantation during a temporary state of siege, approved by the Guatemalan Congress following the death of several soldiers last week, in the community of Semuy II, Izabal province, Guatemala September 10, 2019. REUTERS/Luis Echeverria/File Photo

GUATEMALA CITY (Reuters) – The Guatemalan government has destroyed around 1.5 million coca plants with an estimated street value of some $800 million, President Jimmy Morales said on Monday as his government targets organized crime and the cocaine industry.

Morales told reporters at a news conference that officials had dismantled four coca-processing laboratories, one of which featured a capacity to produce between 300 and 500 kilograms of cocaine per day.

Officials discovered several large coca plantations and processing labs earlier this month after Morales’ administration and the Congress gave temporary emergency powers to the military in northeastern Guatemala in response to the murder of three soldiers.

The government has said the soldiers were ambushed by drug traffickers.

Guatemala, like other Central American countries, has for years been a major transit country for cocaine produced in South America.

But the discovery of the plantations and laboratories prompted the country’s interior minister to admit that Guatemala was now a cocaine-producing nation instead of simply a transit point for drug traffickers.

That has highlighted concerns that cocaine production is moving beyond Andean nations and closer to its biggest sources of demand in the United States.