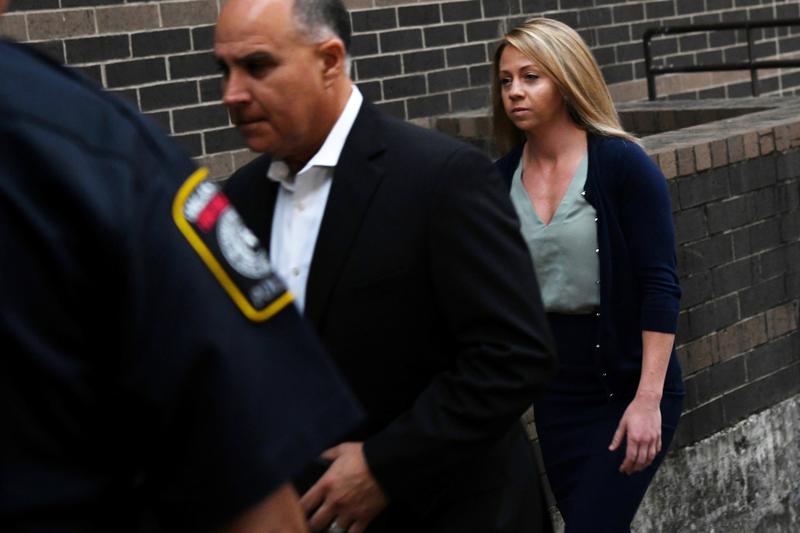 DALLAS (Reuters) – A Dallas jury found former police officer Amber Guyger guilty on Tuesday of murder when she accidentally walked into a neighbor’s apartment thinking it was her own and shot him dead as he ate ice cream.

The Sept. 6, 2018, killing of Botham Jean, a 26-year-old black PwC accountant, by a white officer sparked street protests, particularly when prosecutors initially opted to bring the lesser charge of manslaughter against Guyger, 31.

“We the jury unanimously find the defendant Amber Guyger guilty of murder as charged in the indictment,” Judge Tammy Kemp read aloud to the courtroom from the jurors’ statement. A sob cut the judge off and Kemp paused to address the courtroom: “No outbursts.”

Guyger, 31, could face life in prison for the slaying.

It is relatively rare for U.S. police officers to be convicted of murder for shooting people they view as suspects. But unlike other recent high-profile killings, such as those of Michael Brown in Missouri and Philando Castile in Minnesota, Guyger was not on duty or responding to a reported crime when she pulled the trigger.

“Botham was the best we had to offer. It shouldn’t take all that for unarmed black and brown people to get justice,” said civil rights attorney Benjamin Crump, who is representing the Jean family.

“This verdict is for Trayvon Martin, for Michael Brown … for Eric Garner … for so many unarmed black and brown unarmed human beings across America.” Martin was shot and killed in 2012 by a civilian neighborhood watchman in Florida, who was cleared. Garner died in 2014 when a New York police officer put him in a prohibited chokehold, that officer was fired last month.

Guyger, who had spent four years on the force before the killing, took the rare step of testifying in her own defense during her trial, tearfully expressing regret for shooting Jean but saying she had believed her life was in danger when she pulled the trigger.

During the trial, Guyger’s defense attorney said she was “on autopilot” after a long work day, when she mistakenly parked on the wrong floor in the garage and was able to enter Jean’s apartment because he had left the door slightly ajar.

“I’m so sorry, I’m so sorry. I have to live with this every single day,” Guyger told the jury of eight women and four men.

Former Dallas police officer Amber Guyger arrives at the Frank Crowley Courts Building, where she is charged in the killing of Botham Jean in his own home, in Dallas, Texas, U.S. October 1, 2019. REUTERS/Jeremy Lock

In cross-examination, Assistant District Attorney Jason Hermus asked her, “When you shot him twice, you intended to kill him, didn’t you?”

“I did,” Guyger responded, in a calm voice.

Prosecutors also argued that Guyger did little to help Jean even after realizing her mistake, calling the 911 emergency phone number for an ambulance but not administering first aid.

Hermus also told the jury that Guyger missed blatant clues that she was not in her own apartment – including the smell of marijuana smoke – because she was distracted after a 16-minute phone conversation on her commute with her former police partner. Guyger testified that the call was in relation to work.

In her testimony, Guyger told jurors that the shooting “is not about hate; it’s about being scared.”

Guyger sat alone at the defendant’s table, wiping away tears, after the verdict was read.

Neither prosecutors nor the defense focused on race during the trial.

Lee Merritt, another lawyer for the Jean family, said they were unsurprised by the verdict.

“You had someone who was unarmed, unaggressive eating a bowl of ice cream, and somebody barged in and shot him to death,” Merritt told reporters after the verdict was read. “We believed the right verdict would come out, though we knew that in America that is rare.”