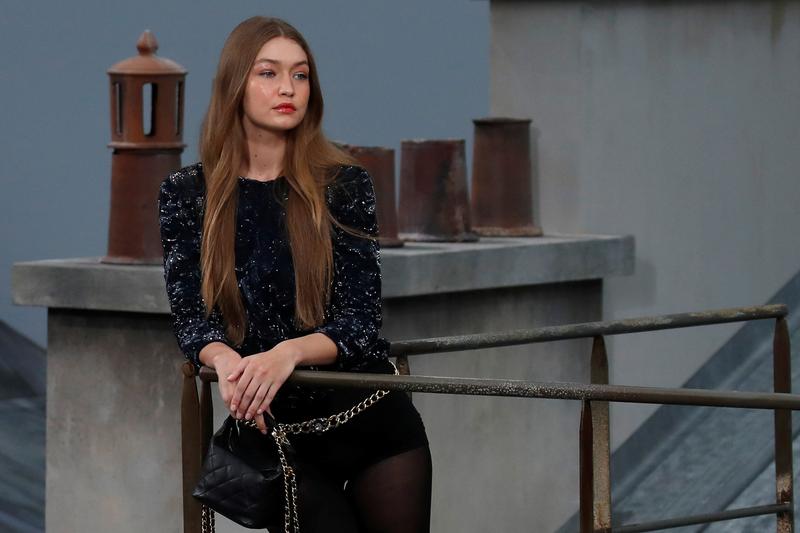 PARIS (Reuters) – Chanel paraded its models along Paris’ emblematic grey zinc rooftops for its fashion show on Tuesday, in an atmospheric recreation of the city’s skyline complete with a brooding sky.

The French brand, known for its larger-than-life sets popularized under late designer Karl Lagerfeld, is one of the last major labels on display as Paris Fashion Week comes to a close, along with LVMH’s Louis Vuitton.

All eyes are on how Lagerfeld’s successor Virginie Viard, who worked behind the scenes for many years at Chanel, will mark her stamp on the brand, after several months in the job.

The latest ready-to-wear collection, for next spring and summer, was decidedly youthful, with cropped, playsuit versions of its famed tweed suits setting the tone, and plenty of coral and red hues.

Rapper Cardi B and actress Isabelle Adjani were among celebrity guests looking on, as models showed off silver hotpants and dresses with Chanel logo patterns.

Loyal Chanel clients, many of whom are invited to see the shows, had mixed views on its new designer’s efforts so far.

“What Virginie Viard is doing is fresh and feminine,” said one from Germany, adding she would happily don the shorts.

Another Israeli customer was less impressed, saying Chanel needed a creative chief with more of a ‘wow’ factor.

“It was a little ordinary. (Founder) Gabrielle Chanel and Karl Lagerfeld had strong personalities, that’s what this brand needs,” she said.

One spectator, all decked out in Chanel, caused a small commotion at the end of the catwalk show by joining the models taking a last lap around the set, under the bemused smiles of other guests.