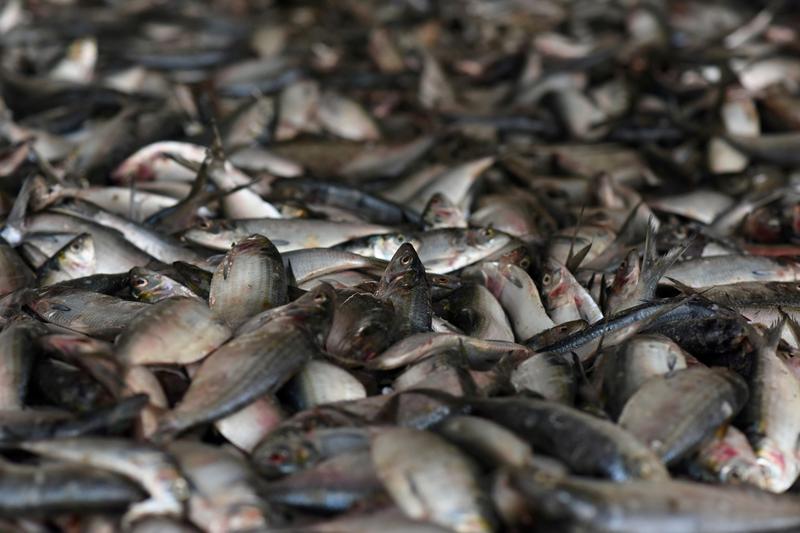 GENEVA (Reuters) – The oceans are under siege, campaigners warn, and fish stocks could collapse unless a global deal is struck swiftly to ban harmful fisheries subsidies. The World Trade Organization, meanwhile, can’t agree on who will head the committee to discuss the issue, according to sources close to the negotiations.

More than 90 percent of fish stocks are at maximum sustainable levels or overfished, according to the U.N. Food and Agriculture Organization, and environmentalists say a subsidies deal is needed quickly to protect those remaining.

However the chances of WTO member states meeting a self-imposed deadline of reaching an agreement by the end of the year are fading because they have failed to agree on who will chair a key negotiating committee, said the four trade officials.

Since then candidates from Brazil and Sri Lanka, proposed in quick succession in September, have been blocked, the sources said. Jamaica’s ambassador became the latest proposed candidate to fail to garner consensus among the 164 member states, in a closed-door session late on Monday, added the people, who declined to be named due to the sensitivity of the matter.

However, a spokeswoman for the Jamaican delegation said that discussions were ongoing.

“The question is: how on earth can we agree on disciplinary measures for subsidies if we can’t even agree on a chair?” said one of the sources, a trade delegate involved in the talks.

It was not immediately clear why there was opposition to the candidates, and officials from the countries involved were not available for comment. Each member state has a veto on the chair.

Talks will continue next week at the WTO in Geneva but the trade sources said positions among member states remained far apart on the shape of a ban.

For example, some members are seeking exemptions for their territorial waters which other delegates say defeats the purpose of banning harmful subsidies since most fish are caught there.

Harmful fishing subsidies worth tens of billions, such as those for fuel, encourage large industrial vessels to travel far out to sea, often resulting in overfishing while also making it harder for small-scale fishermen to thrive. They can contribute to illegal, unreported and unregulated fishing.

A 2018 OECD report covering 33 countries showed that China, which has engaged in the discussions, has the largest portion of the estimated $13 billion in support for fisheries, with around $6 billion, although Beijing says they are worth less.

“Many fish stocks area already under severe pressure from overfishing and subsidies only exacerbate this. Without addressing subsidies and other contributors to overfishing, some stocks face irreversible changes,” said Bradley Soule, chief fisheries analyst at not-for-profit organization OceanMind.

“Our ability to feed the rest of humanity is critical over the coming century so this would be a big loss that is not easily restored if mistakes are made.”

The deadline to reach a deal to ban harmful subsidies was agreed in 2015 as part of the United Nations’ Sustainable Development Goals. WTO members reiterated the target at a Buenos Aires conference in 2017.

Besides the difficulties surrounding the negotiating group, the WTO is facing a threat over its so-called appellate body, an appeals chamber which arbitrates on global trade rows.

The United States, which alleges the body is over-reaching its mandate, has blocked all new appointments of judges. If no solution is found, any deal on fisheries subsidies could be impossible to enforce.