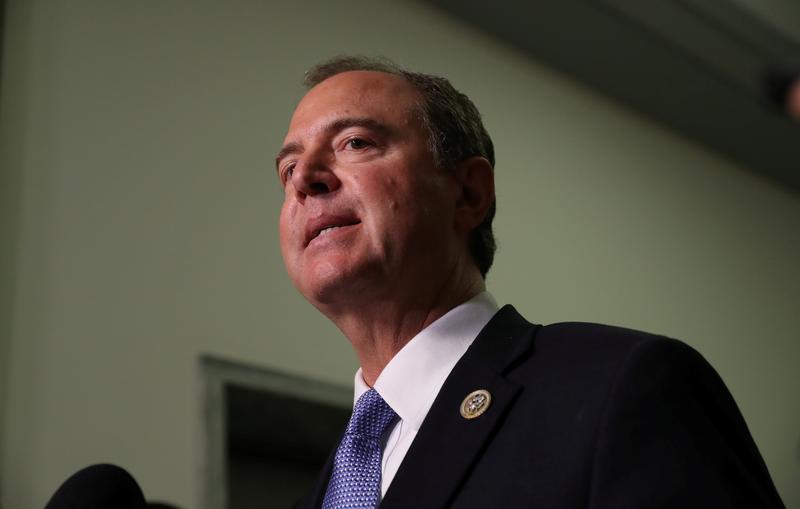 WASHINGTON (Reuters) – U.S. President Donald Trump on Monday escalated his attacks against the lawmaker leading the impeachment inquiry against him, suggesting that Representative Adam Schiff be arrested for “treason.”

The comment is likely to inflame criticism of Trump’s handling of the scandal engulfing his presidency, stemming from a telephone call in which Trump asked Ukraine’s President Volodymyr Zelenskiy to investigate Democratic rival Joe Biden and his son.

The telephone call was included in an intelligence officer’s whistleblower complaint that raised concerns about whether the president sought to leverage U.S. aid to Ukraine for a political favor.

“Rep. Adam Schiff illegally made up a FAKE & terrible statement, pretended it to be mine as the most important part of my call to the Ukrainian President, and read it aloud to Congress and the American people. It bore NO relationship to what I said on the call. Arrest for Treason?” Trump wrote in a post on Twitter.

Trump appeared to reference statements made by Schiff during a hearing held by the House Intelligence Committee, of which Schiff is the chairman. Schiff said his remarks parodied Trump’s comments on the call with Zelenskiy.

The Republican president has increasingly lashed out at political opponents since House Democrats announced on Tuesday they would pursue an impeachment inquiry.