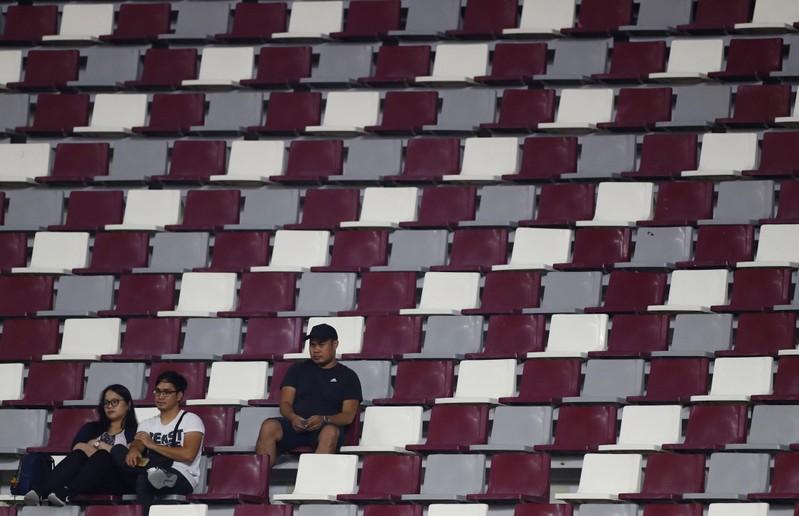 DOHA (Reuters) – The embarrassingly low attendance at the world athletics championships was blamed on late start times and a blockade of the country by other nations in the region by the event’s organizers on Monday.

Athletes, pundits and global TV audiences have widely criticized the poor turnout at the Khalifa Stadium over the first three days of competition.

The 48,000-capacity venue was barely half full for the men’s 100 meters final on Saturday. But on Sunday, when the women’s 100 meters headlined the action, it was almost completely empty.

The local organizing committee said in a statement that attendances on Friday and Saturday were “solid” but were “down on our expectations” on Sunday, which they said “coincided with the start of the working week in Qatar.”

“The challenge we face with a competition schedule that is geared to support global TV viewership, is that some finals are not starting until the late evening,” it said.

“This impacts on the number of spectators remaining until the end of the session.”

The LOC said it was “confident with our additional communications (that) we will see more attendees for longer periods.”

It then mentioned the boycott which has been imposed on Qatar by Bahrain, Saudi Arabia, United Arab Emirates and Egypt, who accuse the Gulf state of supporting terrorism, which it denies.

“Our vision was for a first world championships in the Middle East. An IAAF World Athletics Championships that would welcome the world and connect to new fans. Despite facing unique challenges as hosts, in terms of the political blockade, that ambition remains,” it said.

The statement added that the athletes competing at the Khalifa stadium have “relished the experience.”

“The controlled temperature conditions on the track have been ideal and fitting for world-class performances and will remain so,” it said.