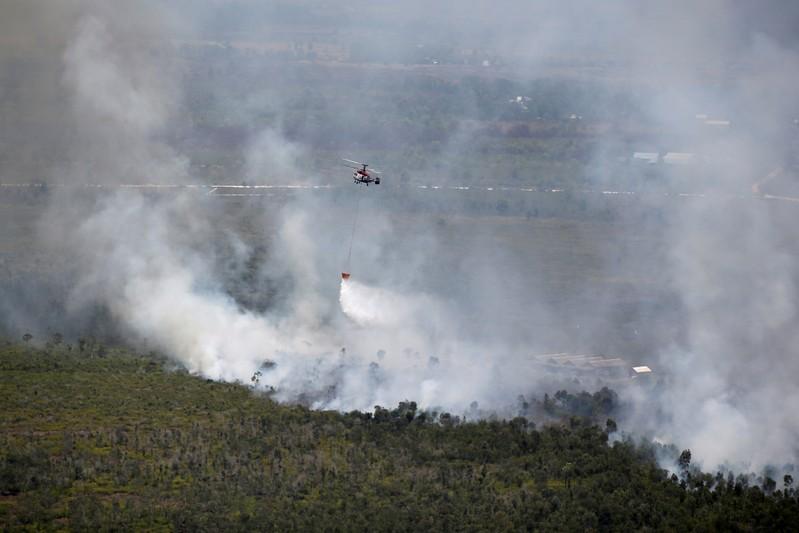 JAKARTA (Reuters) – Indonesia’s disaster mitigation agency (BNPB) said it expects forest fires that have been raging through parts of Sumatra island and in Kalimantan on the Indonesian portion of Borneo island will end soon with the arrival of the rainy season.

“Referring to a report compiled based on the latest satellite imagery and direct observations in the field, it can be concluded that the 2019 forest fires episode will soon be over,” BNPB spokesman Agus Wibowo said in a statement.

Indonesia’s weather agency said, based on satellite imagery, the number of hot spots had declined by 78% in the Sept. 26-28 period.

Indonesia has deployed more than 29,000 personnel to fight fires and dozens of aircraft to conduct water bombing and cloud-seeding efforts to trigger rain.

Rain has fallen in areas such as Riau, Jambi and South Sumatra, as well as in Central Kalimantan province on Borneo island, the BNPB said.

The weather agency said it would maintain cloud-seeding procedures in both Sumatra and Kalimantan to optimize the potential for rain.

The BNPB said more than 320,000 hectares (790,000 acres) of forest had been burned from January to August this year, in what is seen as the worst such damage to forests since 2015.