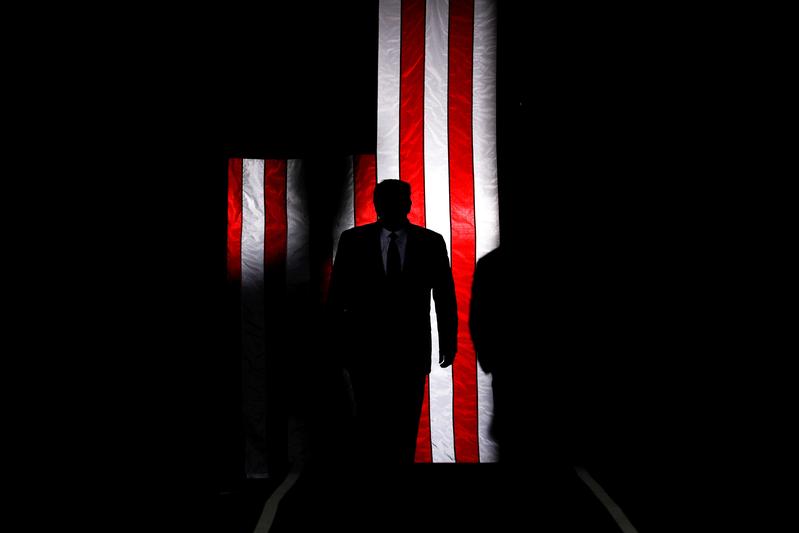 (Reuters) – President Donald Trump has no plans to add fresh blood to his legal team to respond to the fast-moving U.S. House of Representatives impeachment inquiry, one of his lawyers said, a stance some legal experts questioned, especially if the showdown culminates in a Senate trial over removing Trump from office.

“We’re going to use our existing team,” said Jay Sekulow, one of the most prominent figures on the Republican president’s legal team during Special Counsel Robert Mueller’s investigation into Russian interference in the 2016 U.S. election. “This is not a legal issue as much as a political one.”

White House Counsel Pat Cipollone is expected to lead the response to any allegations in the Democratic-led House inquiry that Trump abused his office, with outside support from Sekulow and a team that includes Washington lawyer William Consovoy.

Rudy Giuliani, a Trump personal lawyer who is a central figure in the events that led House Speaker Nancy Pelosi to launch the official impeachment inquiry last Tuesday, also is representing the president.

According to a complaint brought by a whistleblower within the U.S. intelligence community, Giuliani made extensive contacts with Ukrainian officials as part of an effort by Trump to solicit interference by a foreign country in the 2020 election.

A detailed summary of a July 25 telephone call showed Trump asked Ukrainian President Volodymyr Zelenskiy to investigate Joe Biden, a leading Democratic presidential candidate, in coordination with Giuliani and U.S. Attorney General William Barr – a move Democrats have called an effort to use Ukraine to smear a domestic political rival.

Sekulow said he expects the legal approach in the impeachment inquiry to be “very much like it was with Mueller.”

The White House did not immediately respond to a request for comment on Trump’s legal team.

A senior administration official told Reuters there are some internal concerns that the White House response thus far has been limited to the lawyers when the impeachment fight is a political issue, and that politically astute senior officials will get more involved.

Under the U.S. Constitution, the House has the power to vote to impeach a president for “high crimes and misdemeanors.” The Constitution calls for the Senate then to hold a trial on whether to convict and remove the president from office. No president has even been removed from office by impeachment, though lesser federal officials have been removed.

“This is not another political bar brawl,” Turley said. “In the Russia investigation, the president followed his signature style in attacking the special counsel and many of the witnesses. … If the Trump team adopts the same approach for impeachment, it will put already endangered Republican senators in greater peril.”

Turley added that Trump needs lawyers untouched by the whistleblower report or matters related to the Russia probe, which could find their way into any articles of impeachment approved in the House.

“The administration probably would be well-advised to bring in somebody who has some understanding about how impeachment proceedings work,” Sharman said. “If (impeachment) doesn’t happen, there’s very little downside. If it does, you need it.”

Robert Ray, who succeeded Ken Starr in 1999 as independent counsel during the Clinton administration, said new legal firepower may be necessary for Trump, but only if a Senate trial occurs. At that point, “it would be desirable to have legal counsel who have some distance from the matter,” Ray said.

Ray said Giuliani can go on television, as he is doing, but that he is likely to be called as a witness and cannot represent Trump in the impeachment process.

Cipollone and lawyers in his office, Ray added, are “perfectly capable” of fielding subpoena requests from the House now, but could have conflicts as well based on whether they were involved in any way in the Ukraine matter.

According to the whistleblower report, White House lawyers “directed” officials to move the transcript of the Trump-Zelenskiy call from the computer system in which such transcripts usually are kept into a separate system used to store classified and highly sensitive material – an act Democrats have called part of a cover-up.

Sekulow, who has been the point person for Trump’s legal response to various inquiries, is chief counsel for the American Center for Law and Justice, a group that advocates for religious liberty cases, and has argued a dozen cases before the U.S. Supreme Court.

Consovoy served as a clerk in 2008 for conservative U.S. Supreme Justice Clarence Thomas and represents clients on constitutional issues. Of late, Consovoy has been battling efforts by House Democrats and Manhattan District Attorney Cyrus Vance Jr. to obtain Trump’s tax returns from his time as a real estate developer.

Reporting by Karen Freifeld in New York; Additional reporting by Steve Holland in Washington; Editing by Will Dunham