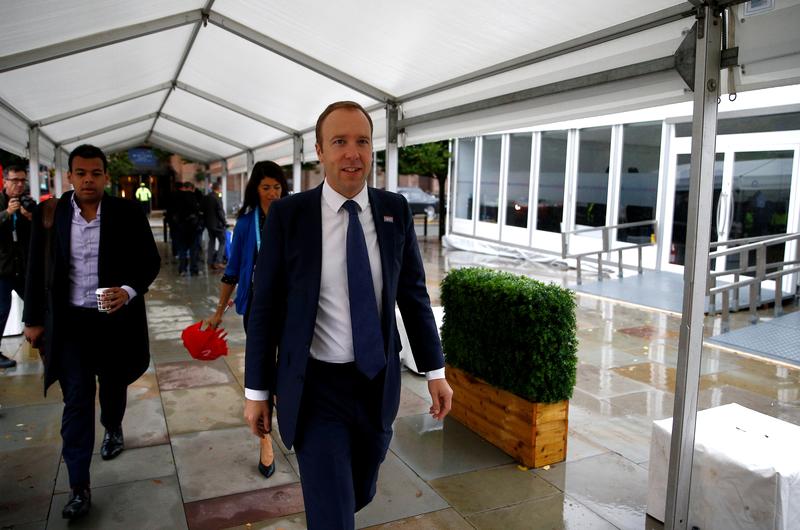 MANCHESTER, England (Reuters) – British health minister Matt Hancock said on Sunday he accepted the law but that did not mean it shouldn’t be challenged, when asked about legislation that could force the government to ask the European Union to delay Brexit.

Earlier this month parliament passed a law which would compel Prime Minister Boris Johnson to ask Brussels for a delay to Brexit if lawmakers have not approved an exit deal by Oct. 19. Johnson has said he will not delay Brexit.

Asked about the so-called Benn act, Hancock told a Huffington Post event on the sidelines of the governing Conservative Party’s conference that the rule of law was important, but that did not mean you cannot challenge the law sometimes.