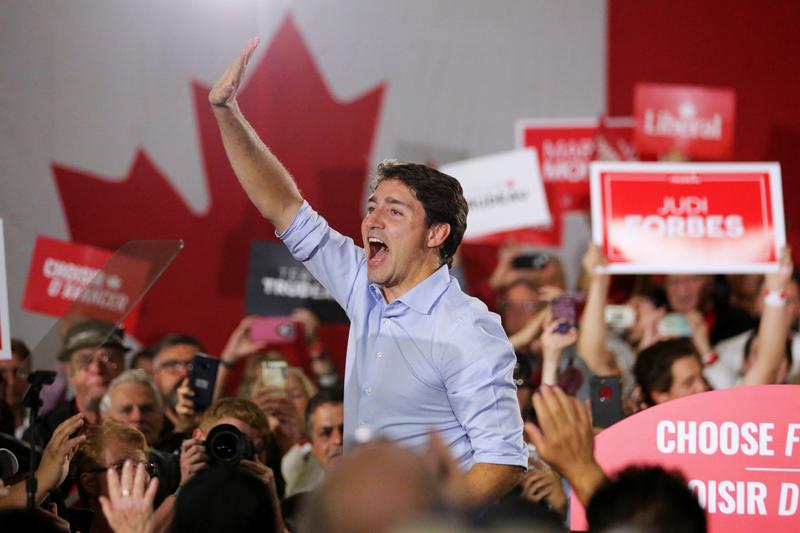 OTTAWA (Reuters) – Canadian Prime Minister Justin Trudeau’s Liberal Party is promising billions of dollars in new spending initiatives if re-elected next month, but said on Sunday those commitments would require annual deficits of more than C$20 billion ($15.11 billion) over the next four years.

Trudeau, who is waging a tough battle for re-election, released the Liberals’ fully costed platform during a campaign event in Mississauga, Ontario, where he promised new investments for families, students and the environment. Canadians vote on Oct. 21.

Trudeau promised during the 2015 campaign to run three years of deficits before returning the federal budget to balance this year. Sunday’s platform made no mention of when the budget would be balanced.

New revenues were estimated at C$5.2 billion in the first year, rising to C$7.2 billion in 2023-24, thanks partly to the party’s promise to crack down on corporate tax loopholes and implement a 10% tax on luxury cars, boats and personal aircraft over C$100,000.