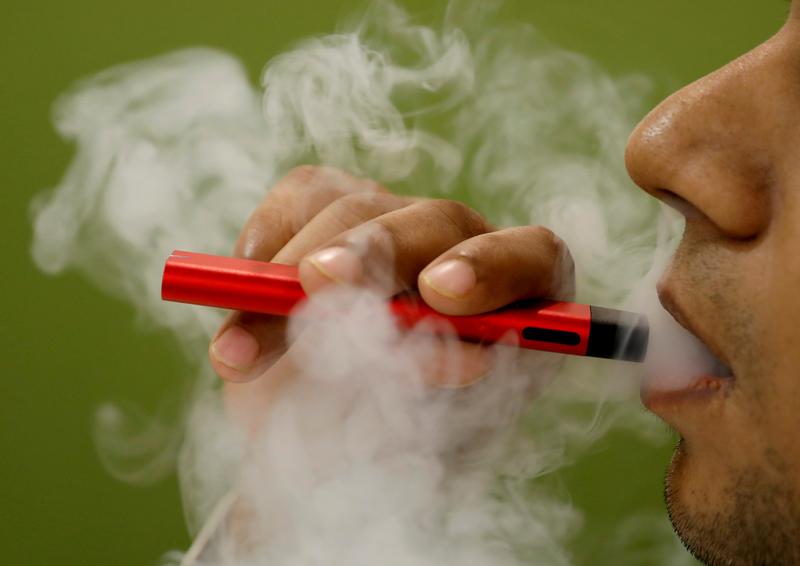 (Reuters) – Washington state Governor Jay Inslee on Friday urged state agencies to ban flavored and cannabis-derived vaping products, joining other states and the federal government in taking steps to reduce vaping amid a mysterious outbreak of deaths and illness.

Inslee called his state’s measures “a floor, not a ceiling,” telling a news conference that more stringent rules could follow. U.S. health officials have linked vaping to 12 deaths and 805 cases of a mysterious respiratory illness.

Inslee asked the State Board of Health to use its emergency rulemaking authority to ban all flavored vaping products at its next meeting on Oct.9.

The ban would extend to products containing THC, the active ingredient in marijuana, even though recreational marijuana is legal in Washington.

The U.S. Centers for Disease Control and Prevention (CDC) has been investigating these illnesses and on Friday announced findings that suggest THC products play a role in the outbreak.

“Based on this recent data, CDC recommends people consider refraining from use of e-cigarette or vaping products, particularly those containing THC,” the CDC said in a statement.

Once the exact sources or causes of the vaping-related outbreak is identified, the Washington governor directed state health officials to ban products containing that ingredient. He also ordered consumer health warnings such as signs at the point of sale and manufacturer disclosure of all compounds in vapor products.

The Trump administration has announced plans to remove all flavored e-cigarettes from store shelves, saying it was working on a “guidance document” that would lead to a ban of all e-cigarette flavors aside from tobacco flavoring.

In the meantime, states have been cracking down with a particular urgency to halt sweet flavors that officials say are ensnaring children into nicotine addiction.

Massachusetts on Tuesday imposed a four-month ban on sales of all vaping products, including those used for tobacco and marijuana, which is legal in the state.

The increased scrutiny also prompted leading e-cigarette maker Juul Labs to suspend all broadcast, print and digital product advertising in the United States and bring in a longtime Altria Group Inc executive as its CEO.

Juul did not immediately respond to a request for comment on Inslee’s move. Juul has said it limits sales to children with measures like restricting online sales and retail store sales until a government-issued identification can be electronically scanned to verify age.