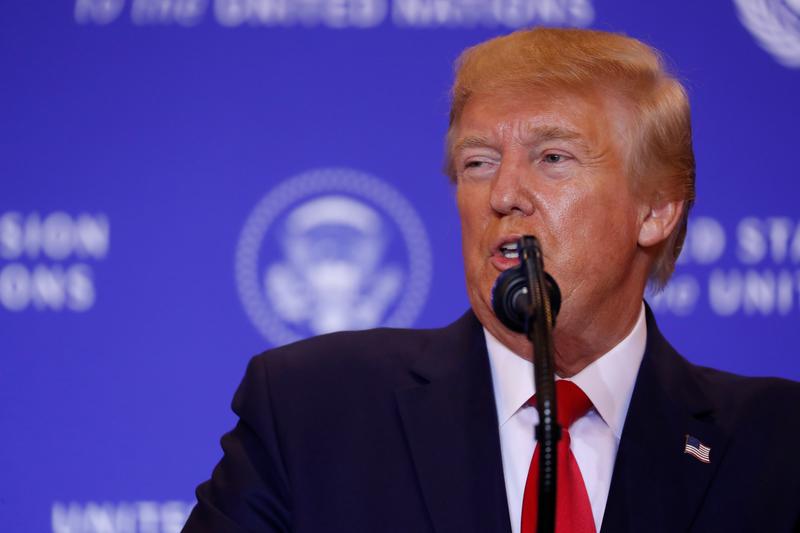 WASHINGTON (Reuters) – President Donald Trump told two Russian officials in a 2017 meeting that he was not concerned about Moscow’s meddling in the U.S. election, which prompted White House officials to limit access to the remarks, the Washington Post reported on Friday.

A summary of Trump’s Oval Office meeting with Russia’s foreign minister and its ambassador was limited to a few officials in an attempt to keep the president’s comments from being disclosed publicly, the Post said, citing former officials with knowledge of the matter.

The White House did not immediately respond to a request for comment from Reuters.

A member of the U.S. intelligence community who filed a whistleblower complaint against Trump said notes from other conversations the president had with foreign leaders had been placed on a highly classified computer system in a departure from normal practice in a bid to protect information that was politically sensitive, rather than sensitive for national security reasons.

The complaint about a July phone call in which Trump urged Ukrainian President Volodymyr Zelenskiy to investigate political rival Joe Biden is at the heart of a U.S. House of Representatives impeachment inquiry launched this week.

On election interference, Trump told Lavrov and Kislyak he was not concerned about Russian meddling because the United States did the same in other countries, the Post reported.