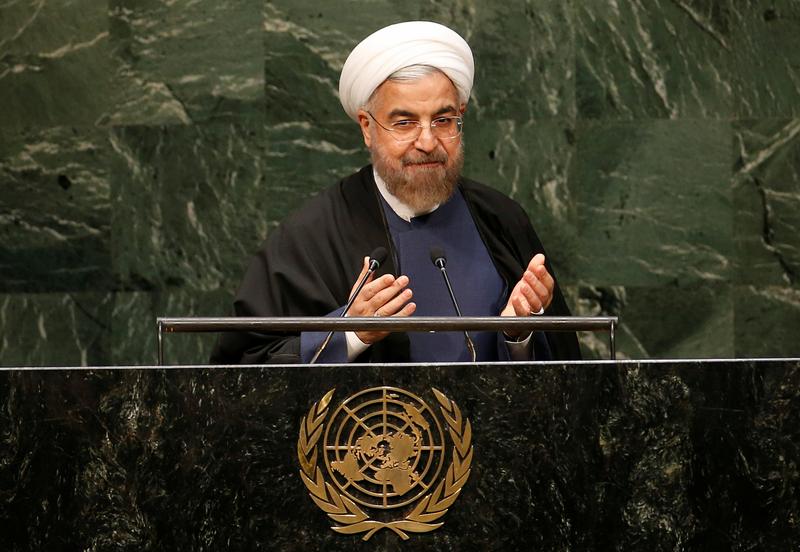 GENEVA (Reuters) – The United States sent a message to European leaders that it was willing to lift all sanctions on Iran, according to Iranian President Hassan Rouhani, who said he had rejected talks with Washington while punitive U.S. measures remained in place.

Rouhani, speaking on his return from the United Nations General Assembly in New York said Germany, Britain and France had insisted on a joint meeting with U.S. officials.

“It was up for debate what sanctions will be lifted and they (the United States) had said clearly that we will lift all sanctions,” Rouhani said, according to his official website.

Iran was ready for negotiations but not in an atmosphere of sanctions and pressure, the Iranian president said.

Rouhani did not meet U.S. President Donald Trump in New York and European and Gulf officials expect Washington to keep tightening the vice on Iran’s economy.

The United States and Iran are at odds over a host of issues, including the U.S. withdrawal from the 2015 Iran nuclear deal, U.S. accusations – denied by Tehran – that Iran attacked two Saudi oil facilities on Sept. 14, and Iran’s detention of U.S. citizens on what the United States regards as spurious grounds.

(The story corrects to show U.S. offer was sent to Europeans, no Iranian meeting with U.S. officials took place).