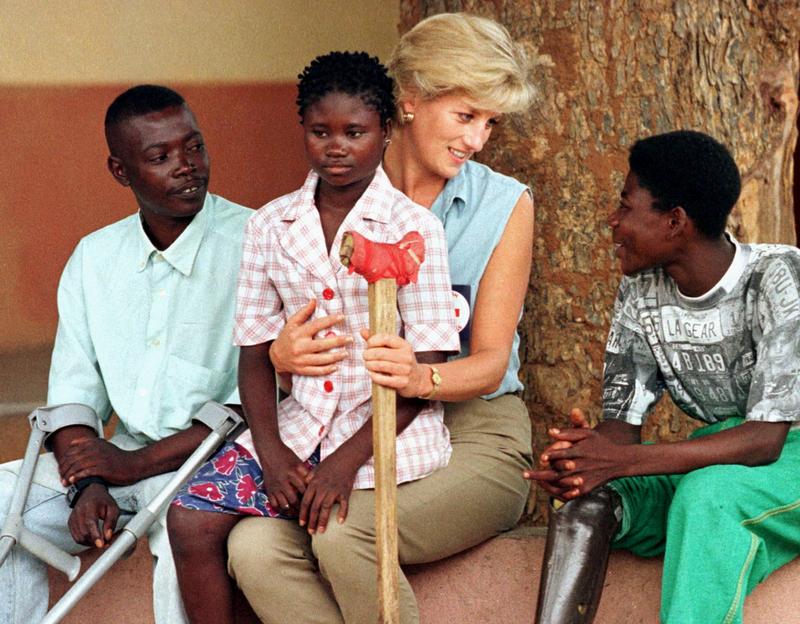 JOHANNESBURG (Reuters) – Britain’s Prince Harry will visit on Friday a previously landmine-infested area in Angola that featured in some of the most famous pictures of his late mother Princess Diana, who campaigned for a global ban on mines.

Harry, his wife Meghan and their four-month-old son Archie, arrived in South Africa on Monday for their southern African trip, their first overseas tour as a family.

They drew crowds of well-wishers on their first three days in Cape Town, where they visited non-governmental organisations working with vulnerable communities and the youth and met Nobel Peace Prize laureate Desmond Tutu.

While Meghan and Archie stayed in South Africa, Harry headed to Botswana on Thursday, where, addressing climate change, he warned the world faces “a race against time” and that “no one can deny science”.

On Friday, he will visit a de-mining field outside Dirico, a town in Angola’s Cuando Cubango province, where he is expected to remotely detonate a mine and meet community members.

Harry will then travel to Huambo to visit an area Diana went to and was a dangerous minefield in 1997 but is now a thriving town.

The pictures of Diana wearing protective gear as she walked among red skull-and-crossbone signs in Huambo won publicity for British charity the HALO Trust, which was clearing mines left during Angola’s civil war.

In June, Harry threw his weight behind mine clearance efforts in Angola, saying land mines were “a humanitarian issue and not a political one.”

Harry said the long journey to a mine-free Angola was “full of heartache and frustration”, but he believed the country would become a “shining example to the rest of the continent.”

The landmines were planted during Angola’s 27-year civil war, which ended in 2002. Many people remain displaced and thousands have been left with disabilities from landmines which continue to maim and kill.

He ends the solo section of his tour on Tuesday in Malawi, where he will meet President Peter Mutharika and pay tribute at the memorial site for British soldier Guardsman Mathew Talbot, who was killed in May while taking part in counter poaching operations in the country.

Harry will then rejoin Meghan and Archie in South Africa for a township visit on Wednesday near Johannesburg. They will also meet Graca Machel, widow of South African anti-apartheid icon Nelson Mandela, and meet President Cyril Ramaphosa before departing for London.