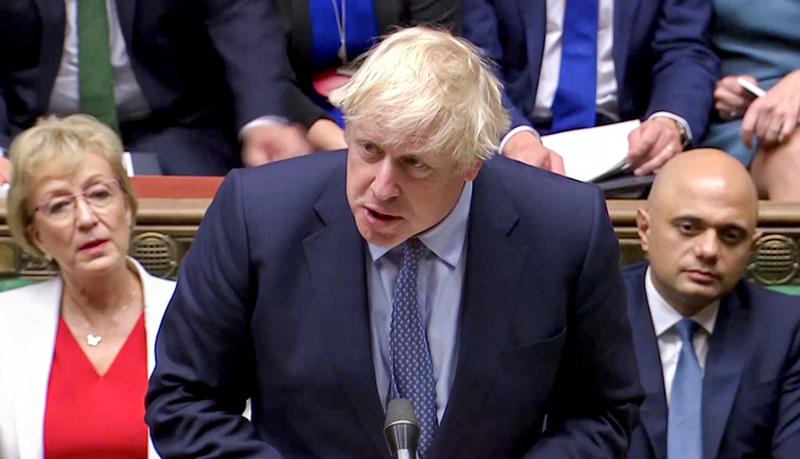 Britain’s Prime Minister Boris Johnson speaks at the parliament, which reconvenes after the UK Supreme Court ruled that his suspension of the parliament was unlawful, in London, Britain, September 25, 2019, in this screen grab taken from video. Parliament TV via REUTERS

(Reuters) – British opposition parties the Scottish National Party and the Labour Party are discussing tabling a vote of no-confidence in Prime Minister Boris Johnson as early as next week, the Telegraph newspaper reported bit.ly/2lLVXwg on Friday.

Citing senior figures at the SNP, the newspaper reported that the Scottish lawmakers were prepared to support Labour leader Jeremy Corbyn as the next prime minister, after concluding it was the only way to guarantee that a no-deal Brexit was avoided.

Reporting by Philip George in Bengaluru, Editing by Rosalba O’Brien