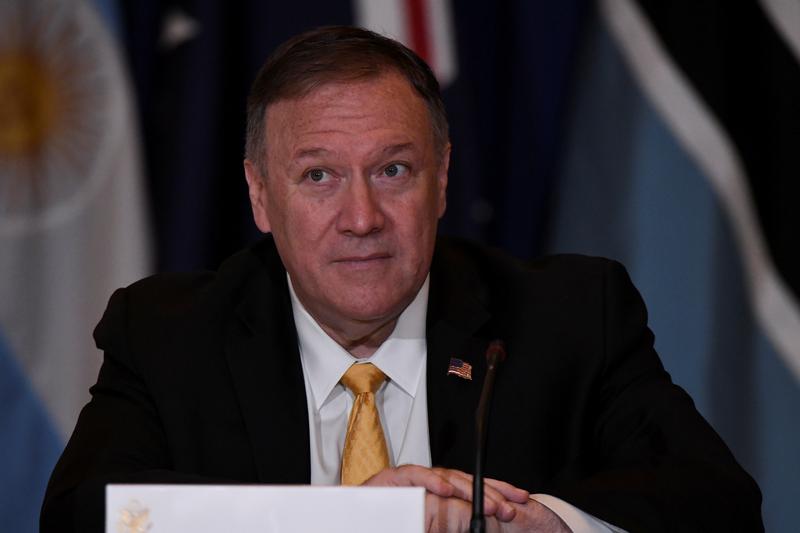 WASHINGTON (Reuters) – Democrats in the U.S. House of Representatives who are pursuing an impeachment inquiry against President Donald Trump issued a subpoena on Friday to Secretary of State Mike Pompeo for documents concerning contact with the Ukrainian government.

Following a whistleblower complaint that Republican President Donald Trump solicited a political favor from Ukraine’s president that could help him get re-elected, the lawmakers are pursuing concerns that Trump’s actions have jeopardized national security and the integrity of U.S. elections.

The House Foreign Affairs, Intelligence and Oversight Committees which announced the subpoena also scheduled depositions for five State Department officials over the next two weeks, including former U.S. Ambassador to Ukraine Marie Yovanovitch, Ambassador Kurt Volker, the U.S. Special Representative for Ukraine, and Ambassador Gordon Sondland, the U.S. ambassador to the European Union.

The State Department did not immediately respond to a request for comment.

The committees announced the subpoenas after the Trump administration missed a Thursday deadline to provide documents and information about contacts with Ukrainian officials, as well as a July 25 telephone call between Trump and Ukrainian President Volodymyr Zelenskiy.

That call is central to an impeachment investigation that Nancy Pelosi, the speaker of the Democratic-led House of Representatives, announced this week.

The impeachment inquiry has cast a new pall over Trump’s presidency just months after he emerged from the shadow cast by Special Counsel Robert Mueller’s investigation into whether he colluded with Russia in the 2016 election.

Trump has reacted furiously, arguing he did nothing wrong, and accusing Democrats of launching a politically motivated “witch hunt.”

The White House this week released a summary of Trump’s July 25 phone call where he asked Zelenskiy to investigate his Democratic rival Joe Biden ahead of the November 2020 election – a call at the heart of the whistleblower’s complaint.

Trump had ordered $400 million in military aid and foreign assistance for Ukraine to be put on hold a week before the call, and lifted the freeze earlier this month.

Trump denies he pressured Zelenskiy to do anything improper and said he was not using the aid as leverage, but wanted to make sure Ukraine was taking steps to address corruption issues.

More than 300 former national security officials from both Republican and Democratic administrations on Friday endorsed the House’s impeachment inquiry, saying they did not prejudge the outcome but wanted to know more facts.

Defense Secretary Mark Esper said on Friday the freeze in aid to Ukraine had no impact on U.S. national security.

“At this point most of the money is out the door,” Esper told reporters. “And at no time or at any time has any delay in this money, this funding, affected U.S. national security.”

Esper said the Pentagon would provide whatever information it could to Congress about the incident. Earlier this week, Democratic Senator Dick Durbin said he had asked the Pentagon’s inspector general – an internal watchdog – to investigate the hold. On Friday, the inspector general said it was reviewing Durbin’s request.

Democratic leaders of two House committees asked the White House Office of Management and Budget on Friday for a long list of written details and documents by Oct. 1 about the decision to withhold the aid, saying they were concerned the delay was an abuse of executive branch authority.

A spokeswoman for the OMB said the office acted within its bounds. “OMB has clear legal authorities to help ensure that agencies spend funds consistent with the law and the president’s priorities, and all actions taken under this administration were clearly within those authorities,” Rachel Semmel said.