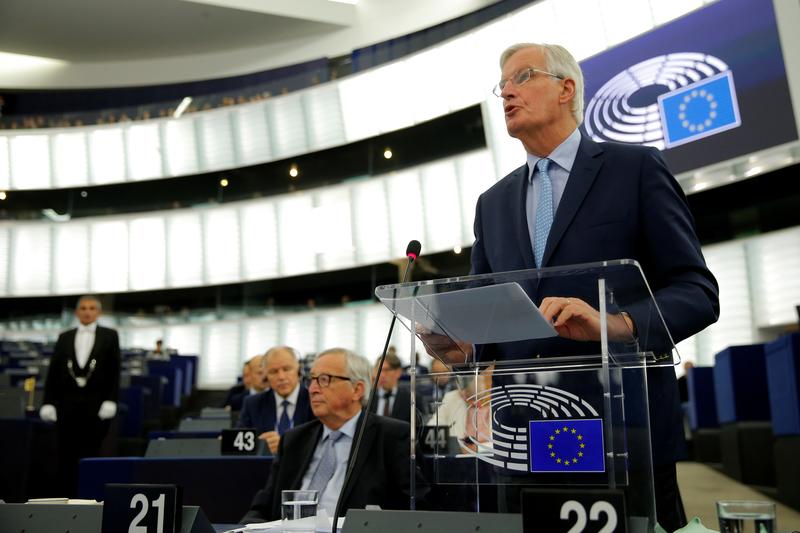 BRUSSELS (Reuters) – Brexit negotiator Michel Barnier said on Friday that the European Union was “firmly united” in insisting on a legally operative fix for the Irish border after Brexit should the backstop be dropped to unlock a divorce deal with Britain.

Britain is due out in a month but the sides have not been able to agree terms of their unprecedented divorce with a spiralling political crisis in the United Kingdom clouding the fate of Brexit further.

“We need a legally operative solution in the Withdrawal Agreement to address the problems created by Brexit on island of Ireland,” Barnier said on Twitter.