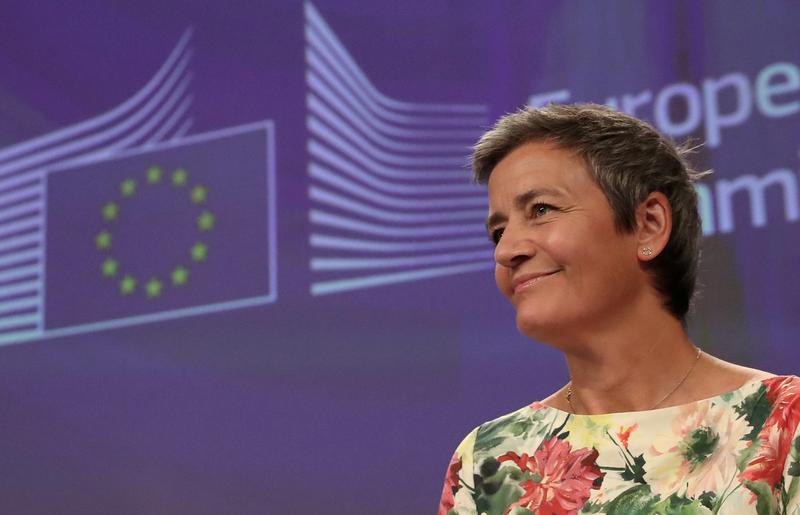 BRUSSELS (Reuters) – European Union commissioners-designate said the bloc should agree on a digital tax if no deal on the matter was reached at a global level by the end of next year, ramping up pressure on multinationals accused of paying too little.

In written answers to EU lawmakers published on Friday, the incoming commissioners also signaled their priorities on fiscal rules and financial reforms for the bloc.

Efforts to overhaul corporate taxation to reflect profits made by digital multinationals have failed to produce results as individual countries have different approaches to taxes.

“If no effective agreement can be reached by the end of 2020, the EU should be willing to act alone” on a digital tax, said the incoming commission’s vice-president Margrethe Vestager, who will be in charge of digital policy and competition.

The commissioner-designate for taxation, Paolo Gentiloni, echoed her comments, saying he would seek to prevent individual EU governments from being able to veto decisions on tax matters – a handful of EU states last year opposed a bloc-wide agreement on the digital tax.

The new commissioners are due to take office in November after they receive the final green light from EU lawmakers in hearings beginning next week.

Gentiloni also said that as part of the fight against tax evasion and tax avoidance, jurisdictions included in the EU’s tax haven list should be subject to common sanctions. There is currently no coordination on financial penalties from the EU.

As the bloc’s growth slows, EU commissioners also signaled their preferred measures to revive the economy, with Italy’s Gentiloni pushing for fiscal leeway and Latvia’s Valdis Dombrovskis calling for a “responsible fiscal policy”.

“I will seek to have the Commission apply the Stability and Growth Pact making full use of the flexibility allowed in the rules,” Gentiloni said, repeating recurring calls from Italian politicians who see the bloc’s fiscal requirements as too strict.

Dombrovskis, who will decide together with Gentiloni how to apply the rules in the coming five years, was more cautious, confirming his reputation as a defender of fiscal discipline.

“We should be vigilant to possible risks to economic and financial stability and preserve sustainable public finances,” he said. But he also called for more public investment from states with low debt, like Germany or the Netherlands.

In remarks that could go down less well in high-debt countries such as Italy or Greece, Dombrovskis said measures were needed to encourage banks to reduce their exposure to bonds issued by their home states.

Highly-indebted states fear that a push on banks to diversify their sovereign bond holdings could increase yields on their public debt, as national lenders would dump riskier paper in favor of safer securities.

Dombrovskis also urged the speeding up of reforms that could help banks sell their bad loans, the amount of which relative to total lending is decreasing but still high in Italy, Greece, Cyprus and Portugal.