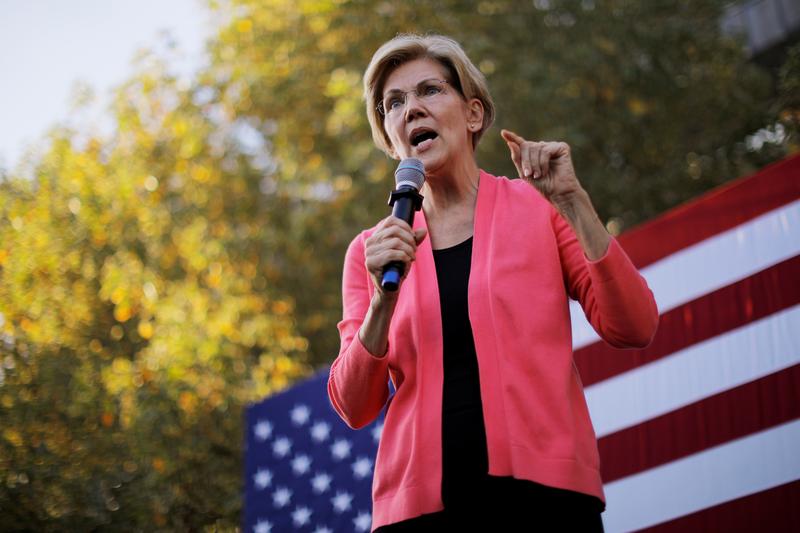 Her proposals include providing competitive salaries for congressional staff members and reinstating a research office dedicated to scientific and technological policy that was defunded decades ago.

“Time and time again, widely popular policies are narrowed or blocked by powerful interests capable of providing resources and expertise to a vastly under-resourced Congress,” Warren wrote in announcing the latest proposals.

Warren is the only candidate among the 19 Democrats seeking their party’s nomination next year to see her public support rise consistently over the last six months, according to Reuters/Ipsos polling, and she has moved into second place behind former Vice President Joe Biden.

The winner of the intraparty battle will take on Republican U.S. President Donald Trump in November 2020.

Warren has released a dizzying array of policy proposals, but she has sought to connect all of them to a simple notion: that the federal government has been “bought off” by moneyed interests, and that rooting out that corruption is an essential prerequisite to pass any major legislation.

When it comes to complicated issues like financial regulation, climate change and the power of tech giants, Warren argued on Friday, lawmakers have no adequate resources to understand policy implications.

Warren faulted the Republican-controlled U.S. House of Representatives in 1995 for disbanding the Office of Technology Assessment (OTA), a bipartisan agency tasked with providing Congress analyses of technology and science policy.

In addition, she said, the pay for congressional staffers has stalled, prompting many experts to opt for corporate jobs rather than government positions.

The proposals add to her previous anti-corruption plan, which, among other things, would ban lawmakers from becoming lobbyists, restrict the ability of lobbyists to engage in fundraising activities and outlaw lobbying on behalf of foreign governments and companies.