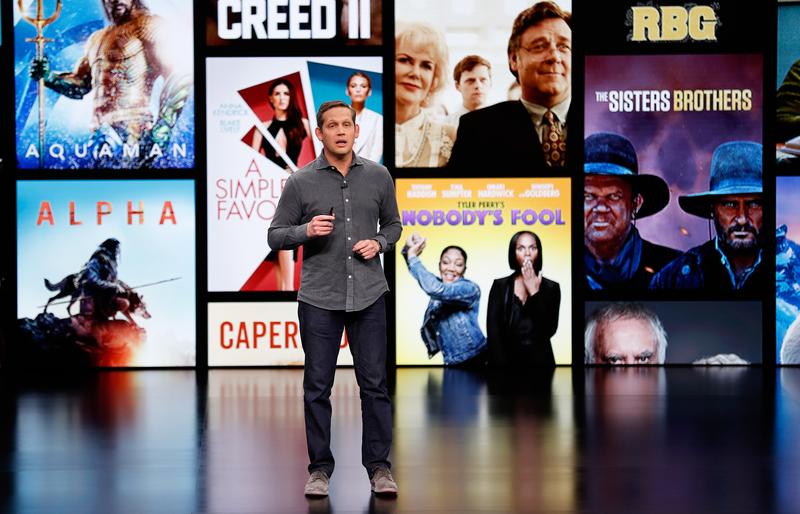 (Reuters) – Apple Inc plans to take a different path to streaming rival Netflix and allow theatrical releases for some of the feature-length films it has begun producing for its new Apple TV+ service, the Wall Street Journal reported on Friday.

Citing people familiar with the matter, the Journal said that by pursuing traditional releases for major projects, the iPhone maker hopes to make it easier to attract big-name directors and producers to its projects.

Sofia Coppola’s “On the Rocks”, starring Bill Murray and produced in partnership with “Moonlight” producers A24, will be among Apple’s first major theatrical releases in mid-2020, it here said.

Apple, a late entrant to the streaming war, plans to launch its service called Apple TV+ on Nov. 1 for $5 a month to compete with rivals such as Netflix Inc and Walt Disney’s upcoming streaming offering, Disney+.

Both the rivals have deeper libraries and years of experience in making hit shows.

Netflix won the Best Picture Oscar this year with Alfonso Cuaron’s Roma, which was never given a theatrical release.

In a victory for it and other streaming services, the Academy of Motion Picture Arts and Sciences later voted not to change its rules to demand Oscar nominees must play in theaters for a minimum period before being launched on other small screen mediums. (reut.rs/2Dvo8VG)

Apple is spending $2 billion on original content this year but is still dwarfed by the industry leader Netflix, which has a reported $10 billion budget for content and 151 million paid subscribers.

Apple did not respond to a Reuters request for comment.

Reporting by Vibhuti Sharma in Bengaluru; Editing by Maju Samuel and Patrick Graham