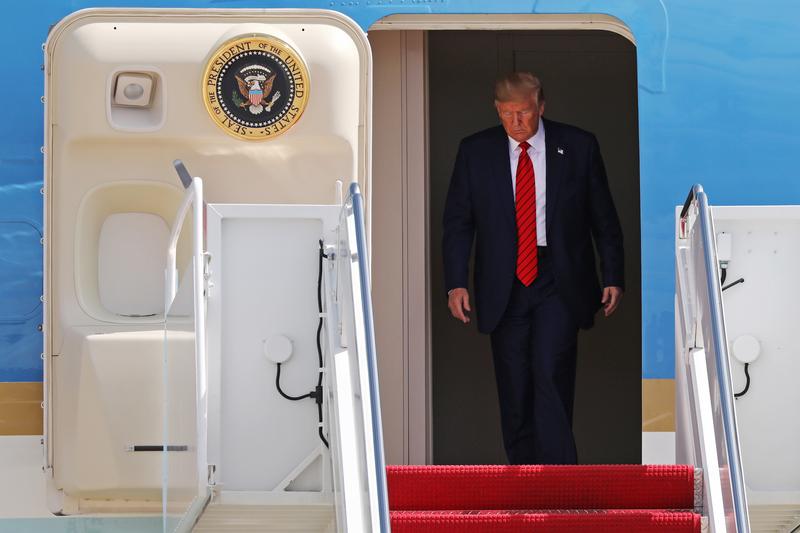 (Reuters) – Democratic lawmakers have a strong case for impeaching U.S. President Donald Trump if they can prove he abused his power when he asked Ukraine’s president to “look into” an American political rival, several legal experts said.

Trump pressed Ukrainian President Volodymyr Zelenskiy to investigate Joe Biden, an early favorite to win the 2020 Democratic presidential nomination, according to a summary of a Trump phone call released this week by the White House.

The administration also released a whistleblower’s complaint that questioned whether U.S. aid was held up until Ukraine showed it would act on Trump’s request.

The legal experts said the central question in an impeachment inquiry is whether Trump put his interest above those of the nation by leveraging aid to Ukraine in return for incriminating information. Evidence of a cover-up could strengthen the impeachment case, they said.

If the Democratic-led House of Representatives votes to approve articles of impeachment, the Republican-controlled Senate would then decide whether to find Trump guilty and remove him from office.

A total of 218 votes, a simple majority in the 435-member House, is required for impeachment. Conviction requires a two-thirds vote of the 100-member Senate – or 67 votes.

Under the U.S. Constitution, the president can be impeached for “treason, bribery, or other high crimes and misdemeanors.”

Legal experts said Trump’s call with Zelenskiy, who was seeking U.S. missiles, may run afoul of the bribery statute or violate campaign finance law, which makes it a crime to solicit a benefit to the campaign from a foreign national.

But during an impeachment inquiry, lawmakers are not required to adhere to strict legal definitions and can look more broadly at whether Trump used his authority for personal gain, experts said.

“Whether it is a crime or not makes no difference for purposes of impeachment. Asking a foreign country to provide campaign dirt in exchange for weapons is an abuse of power and precisely what the Framers (of the U.S. Constitution) believed would justify impeachment,” said former federal prosecutor Harry Sandick.

Trump has said that his call with Zelenskiy was perfectly appropriate. He has said he did not put pressure on the Ukrainian president to look into Biden, who Trump says improperly tried to halt a Ukrainian probe of a company with ties to his son Hunter.

There is no evidence Biden used his position as vice president to help his son.

Legal experts said the House will likely seek testimony from those who are familiar with Trump’s discussions with world leaders, as well as communications from advisers leading up to and following the Ukraine call.

Not all experts agreed there was an impeachment case against Trump.

David Rivkin, a constitutional litigator and a former Justice Department lawyer, said there was nothing inappropriate about asking a foreign country to investigate a U.S. citizen who may have violated the laws of that country.

“The fact some of such persons are currently running for political office in the United States doesn’t and cannot render them immune from foreign investigations.”

But other experts said the whistleblower’s claims that White House officials intervened to “lock down” records of the July call suggested a cover-up that could bolster the impeachment case against Trump.

Berit Berger, the executive director of the Center for the Advancement of Public Integrity at Columbia Law School, said investigating a possible cover-up expanded the pool of potential witnesses, and the likelihood that some would be cooperative with Congress.

“Anytime you have a situation where you have a number of people involved in an alleged criminal act, it’s that many more people who can come in and provide information to Congress,” Berger said.

Reporting by Tom Hals in Wilmington, Delaware and Jan Wolfe in Washington, DC; Editing by Noeleen Walder and Howard Goller