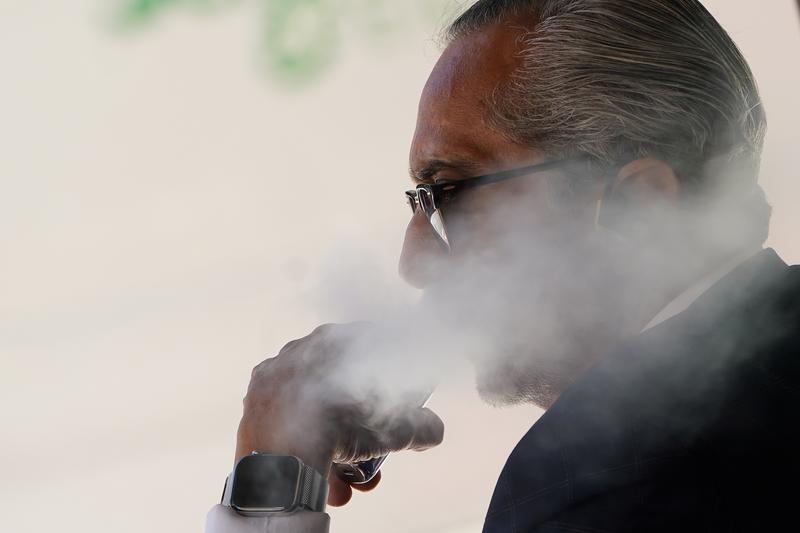 WASHINGTON (Reuters) – A U.S. House panel sent letters to four e-cigarette companies asking them to stop all print, broadcast and digital advertising of their products in the United States, the same day as market-leader Juul said it would pull its ads, the panel said on Thursday.

The panel’s request comes amid an outbreak of lung illnesses across the United States associated with vaping. The U.S. Centers for Disease Control and Prevention has urged people to stop using e-cigarette or vaping products.

“I am writing today to respectfully, but strongly, request your company to do the same,” Representative Raja Krishnamoorthi, chairman of the House Oversight subcommittee on economic and consumer policy, wrote on Wednesday to Fontem Ventures, Japan Tobacco International Inc, Reynolds American Inc and NJOY LLC.

E-cigarettes, which heat a liquid often containing nicotine to create an inhalable vapor, have been popular in the United States for around a decade. Manufacturers have faced criticism that too many children use vaping products.

Fontem Ventures, which makes Blu e-cigarettes, said in a statement it agrees that children should not use vaping products and that it supports initiatives to prevent youth access to its products. Reynolds American said in a statement it is giving the letter “careful consideration.” Japan Tobacco and NJOY did not immediately respond to request for comment.

Claims that products are healthier or safer than traditional cigarettes must be approved by the U.S. Food and Drug Administration, Krishnamoorthi said.

Juul, which dominates the e-cigarette market and which Altria Group Inc has a 35 percent stake in, said on Wednesday it would suspend its advertising and replace its chief executive.

The Trump administration has announced plans to remove all flavored e-cigarette products from the market in the United States amid concerns that flavors like mint and mango attract children to the products.