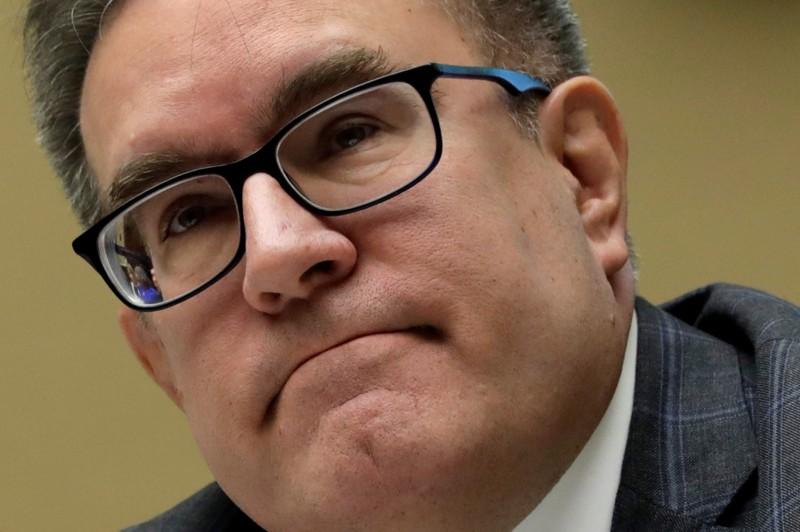 WASHINGTON (Reuters) – The Trump administration’s environmental regulator escalated its feud with California on Thursday, accusing the state of violating clean water laws by allowing human waste from homeless residents to enter waterways, according to a letter it sent to the state’s governor.

The letter from Trump’s Environmental Protection Agency is the latest clash of many between the Republican president and Democratic officials who lead the most populous U.S. state. Earlier this week, Governor Gavin Newsom said at a United Nations Climate Summit that he was “humiliated” by Trump’s environmental record.

In July, the state angered Trump getting major automakers to go along with stricter state standards on vehicle emissions of greenhouse gases at a time the administration has been trying to roll back Obama-era limits.

EPA Administrator Andrew Wheeler’s letter to said the governor and the mayors of San Francisco and Los Angeles “do not appear to be acting with urgency” to mitigate the public health risks from “untreated human waste entering nearby waters.”

Wheeler said the state was “failing to meet its obligation required under delegated federal programs” and that he wanted to “outline the deficiencies” in how California safeguards its water and to require the state to detail how it will respond.

In addition to clashing with Trump over the environment, California has waged numerous policy battles and legal challenges over immigration, housing and other issues.

“These actions are nothing but retaliation for California’s leadership on clean cars and are obviously in response to Trump’s pique over being outmaneuvered by the state,” said Ann Carlson, a professor at the UCLA School of Law.

Earlier this week, EPA sent a similar letter to California threatening to withdraw federal transportation funding to punish the state for not publishing pollution control plans in time.

Becerra has sued the Trump administration over 60 times over numerous moves to undo federal environmental regulations and protection for immigrants.

A senior EPA official did not say whether Trump ordered the letter, but said “a confluence of various offices” overseeing water quality made Wheeler aware of California’s exceedences under the federal Clean Water Act and Safe Drinking Water Act.

During a fundraising trip last week in California, Trump threatened to have the federal government step in to “clean up” the homeless problem and said floated the idea of the EPA going after San Francisco for allowing drainage from homeless encampments into the Pacific ocean.

On Monday, Newsom represented the state at the United Nations Climate Action Summit and said Trump’s attacks on environmental protections and dismissal of the threat of climate change made the United States look bad on the world stage.

“I’m absolutely humiliated by what’s going on,” he said.

Asked whether the letter was politically motivated, a senior EPA official told reporters: “The letter speaks for itself.”