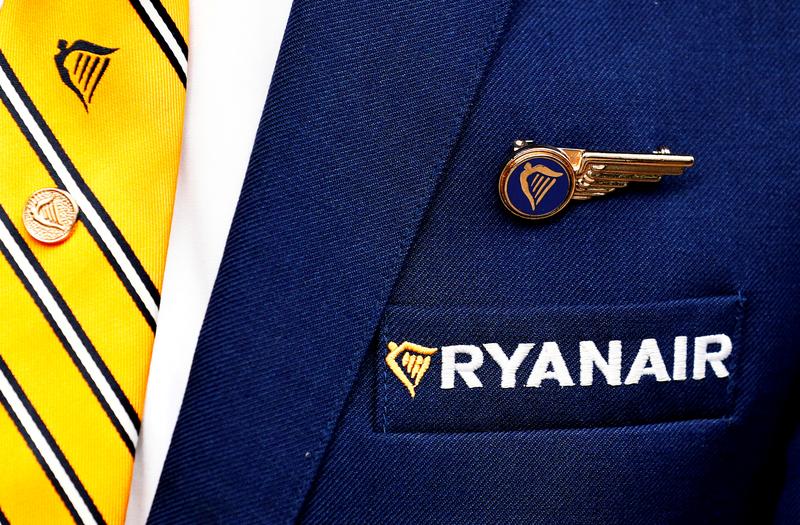 FILE PHOTO: Ryanair logo is pictured on the the jacket of a cabin crew member ahead of a news conference by Ryanair union representatives in Brussels, Belgium September 13, 2018. REUTERS/Francois Lenoir/File Photo

VIENNA (Reuters) – Ryanair (RYA.I) is not interested in taking over any of the airlines of travel firm Thomas Cook (TCG.F), which has gone into liquidation, its chief executive said on Thursday.

Thomas Cook’s independent airline units Condor and its Nordic Ving group have both said they are looking for new owners.

“Ryanair has no interest in buying another airline,” said Michael O’Leary at a news conference in Vienna.