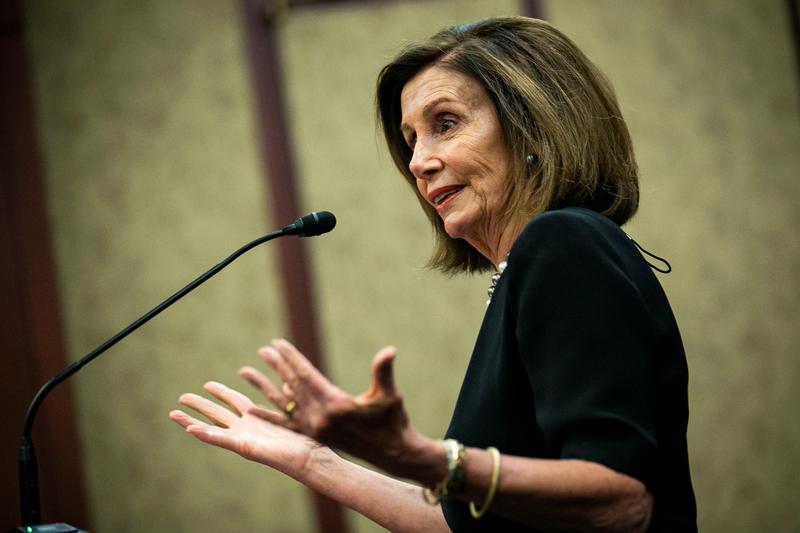 WASHINGTON (Reuters) – On Monday evening, Nancy Pelosi set about writing one of the most important speeches of her long political career, about her decision to open an impeachment inquiry into President Donald Trump.

Then she left it on a plane.

The Democratic leader of the U.S. House of Representatives had spent all weekend mulling new allegations against Trump and began sketching out a response on a flight from New York to Washington.

“She wrote the first draft of her speech that she would give Tuesday,” then left it behind, said a source familiar with what happened.

But all was not lost. “At least she had organized it in her head,” the source said.

In announcing the formal start of the impeachment inquiry, Pelosi was reversing months of resistance to liberals inside her party because of the potential impact on Democratic candidates in the 2020 elections.

As reports surfaced last week that Trump had pressured the president of Ukraine to investigate the son of Joe Biden, the Democratic presidential frontrunner in those elections, the question for Pelosi throughout last weekend was whether the allegations warranted a dramatic shift.

While she thought things over, Pelosi was moving around. She did not go home to California, but spoke at NPR journalist Cokie Roberts’ funeral on Saturday in Washington, flew to South Carolina on Sunday, returned to Washington late Sunday night and made a quick trip to New York on Monday.

Pelosi spoke by conference call on Monday with seven freshman members of the House who were about to post an opinion piece in the Washington Post saying the allegations against Trump, if true, were impeachable offenses.

The group was giving Pelosi a “heads up” that they were going to be posting the piece that evening. She praised them for making national security the central part of their argument.

“Everyone was outraged by this development and it became very clear that the consensus was, we have to move on this,” the source said.

When she made her announcement, Pelosi stood in front of a line of U.S. flags in her office, saying Trump’s actions undermined national security and violated the U.S. Constitution.

“The president must be held accountable. No one is above the law,” said Pelosi.